Deutsche Börse Group is reaping the benefits of Metamako FPGA-based network devices in its colocation network, including the ability to gain greater insight into the network and use precisely timestamped packet capture data for analyses that were not previously possible.

The exchange deployed 60 Metamako K-Series devices running MetaWatch, an ultra-precise tapping and timestamping application, when it upgraded its colocation network for the Eurex and Xetra markets. The network and devices went live in the summer of 2017.

Andreas Lohr, derivatives and cash trading IT at Deutsche Börse Group, says: “We went through a thorough process of evaluating vendors and chose Metamako for a number of reasons. Some of the key considerations were lossless packet capture, even at very high data volumes, and nanosecond timestamp precision.”

Ciaran Kennedy, global business director at Metamako, says the exchange also favoured Metamako devices as each one runs both tapping and timestamping, an advance on more traditional solutions that require two devices to cover equivalent functionality. The exchange also wanted to achieve a high level of accuracy in timestamping, which is supported by the addition of a clock module in the Metamako devices. It can also offer its client a more reliable and high-quality trading network, and use data from every packet to diagnose and recreate any trading event.

Deutsche Börse already had a packet capture and timestamping solution in place, but the upgrade of its colocation network and increasing demands for precision and market fairness, which can be supported by precisely timestamping sequences of incoming orders and quotes, required it to strengthen and enhance its network monitoring and timestamping capabilities to get full visibility of every packet crossing its networks, especially during traffic bursts.

For Metamako, working with Deutsche Börse is a significant step forward. CEO Kevin Covington says: “This is a double milestone for Metamako: winning one of the world’s largest and most technically-advanced exchanges is a fantastic achievement, as is getting one of our largest single orders so far, for 60 of our K-Series devices.”

Deutsche Börse adds to the company’s tally of exchange clients that also includes the Australian Stock Exchange, LMAX Exchange in the UK, and exchanges in Asia that cannot be named.

END_OF_DOCUMENT_TOKEN_TO_BE_REPLACED 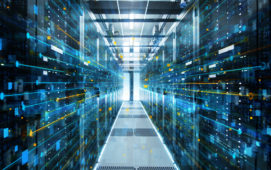