6 September 2018
Deutsche Börse has set up a Distributed Ledger Technology (DLT), Crypto Assets and New Market Structures unit to advance its work on blockchain technology, distributed ledgers and crypto assets. The 24-person team will be led by managing director Jens Hachmeister, who will coordinate the team’s blockchain-based development, which he says has the potential to effect core functions of the Börse’s value chain, from pre-IPO and listing to trading and clearing, settlement and custody, and the exchange’s data and analytics business.
He adds: “The digital economy in general is heading for decentralisation. In future, there will be more peer-to-peer governed marketplaces and less intermediaries. In that regard, blockchain has the potential to disrupt the capital markets infrastructure.”
Deutsche Börse has previously cooperated with international central securities depositories on the use of distributed ledgers and smart contracts for mobilising scarce collateral, as well as on the joint development of a functional prototype for blockchain-based settlement of securities with Deutsche Bundesbank.
In August, the exchange also acquired a minority stake in liquidity management firm HQLAx, with which it is building a blockchain-based front-to-back model for securities lending.
TradingTech Insight
Trading Innovation (Machine Learning, AI & Blockchain)

END_OF_DOCUMENT_TOKEN_TO_BE_REPLACED 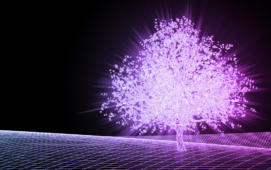 With Edoardo Pacenti, Head of Trading Tools for Fixed Income at ION Markets. In the last decade, the global fixed income markets have been going through a steady process of transformation, with technology playing an ever more important role. Trading is slowly becoming more automated, new venues are proliferating, and both market participants and vendors...