In the past 12 months, Colt has added 20 more providers to PrizmNet, raising its total to more than 70, according to Andrew Young, global head of solution sales for capital markets at Colt Technology Services, who reports to Housden. By pairing the pathways acquired from MarketPrizm with Colt’s telecom assets, PrizmNet became “truly global,” Young says. “We were able to fast track that because we already were distributing content and market data across 50 different markets and exchanges.”

Colt works with the consolidation of strategic data centers that has occurred in the past few years, Young explains. “The capital markets community now goes after a small number of physical locations,” he says. “We made sure our points of presence center around those key co-location facilities. But also because we built the underlying service on our own network that we own, we can be very aggressive around delivery times and speed to markets, while providing strong service levels, because we have that end-to-end control, since the underlying infrastructure is our own physical assets.”

The additions to PrizmNet are coming from more asset classes than before, according to Young, which dovetails with upcoming MiFID II regulation that imposes more rules like those for equities onto derivatives and other asset classes. “OTC products and asset classes are moving toward more exchange-type environments,” he says. “We’re on boarding a lot of providers in those asset classes as well as service providers that have solutions for upcoming regulation.”

END_OF_DOCUMENT_TOKEN_TO_BE_REPLACED 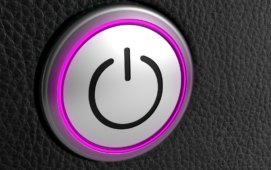