Following the announcement that they would be launching a credit default swap trading and clearing platform in November, Chicago Mercantile Exchange (CME) Group and hedge fund Citadel Investment Group have revealed more details about their joint venture. According to both parties, the electronic platform will act like an exchange and allow participants to trade CDS indexes and swaps anonymously.

CME would also provide a central clearing house for trades on the platform and those traded off the platform via dealers. It is hoped that the participation of Citadel as a hedge fund group will encourage other buy side firms to trade and clear on the new platform. As yet there has been no indication of which valuations providers will be chosen to act as pricing data sources.

END_OF_DOCUMENT_TOKEN_TO_BE_REPLACED 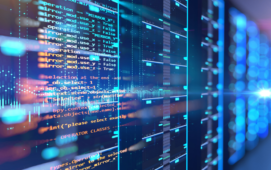 DTCC Data Services is tapping the vast quantities of post-trade data that flow through DTCC on a daily basis to deliver back-office data to front-office data products offering market insight into areas such as liquidity, risk, momentum, sentiment and correlation. Early users of the historical data products include hedge funds and quant traders looking for...