New York based consultancy Computer Intelligence Group (CIG) has partnered with Austria based AIM Software to market, implement and support its reference data management platform GAIN in the US, with an initial focus on large banks, brokers and mutual funds in New York and Boston. The two companies – which are also working closely with data vendors including Telekurs USA, Reuters and Bloomberg – believe there is an opportunity to go beyond golden copy creation and support financial institutions as they increasingly use their reference data systems to support middle and front office functions. The three month strong alliance is progressing well, according to the partners, and they are hopeful of signing their first new client by the end of Q1.

For AIM, teaming up with CIG – which has clients including Morgan Stanley, Fannie Mae, Freddie Mac, JPMorgan Chase, Bank of New York, Citigroup, Mizuho, CSFB, Bear Stearns and Goldman Sachs – is in line with its strategy to grow internationally by working with business partners to leverage their presence in different markets, according to Frank Maltais, head of international business development at AIM Software. The alliance will bolster AIM’s existing business in the US, he says: last year it signed Citigroup division Lava Trading in New York, one of four existing clients in the market. “We decided to open an office in New York, but we knew that was not enough,” he says. “CIG will give a huge boost to our business development strategy for the US. They will provide support on the integration side and on the sales side, giving us the local presence we need. Growth in New York is important for us in 2007, and it was clear CIG could help us leverage this momentum.”

AIM has pursued a partnership strategy in Europe since its inception in 1998, he says, and its new targets are the US and Asia – where it is also forging partnerships – including Hong Kong, Singapore and Japan. “We have had an office in Tokyo for a year, and we have picked up our first client – a hedge fund in Tokyo,” Maltais says.

CIG has also pursued a strategy of working with business partners in addition to its own development activities, according to Joe Feldman, executive vice president at the consultancy. “A couple of years ago we decided to see if we could expand our area of focus – the end to end trade process,” he says. “We came across AIM Software and started talking with them early to mid last year, and established there is synergy.” CIG’s other partners include Fractal Edge, provider of visualization software for traders, an enterprise wide risk management software provider and a company providing software for hedge funds.

While reference data has historically been considered a back office operation, it is moving more into the middle office, Feldman says. “A lot of the information available, even accounting information, is being used throughout the day, rather than in a batch operation. The more available the data becomes, the more use is made of it to support trading decisions. We see this as a new area for which AIM Software’s solution is particularly suited.” The GAIN data management platform is sufficiently flexible and user interactive to meet this requirement, he believes. “As well as being able to be used in the way other systems are for the creation of a golden copy, in addition GAIN has the flexibility to address the more varied real-time requirements that come from the middle office, because it is interactive and easy to use,” Feldman says. “It is possible to quickly add new data feeds, including data that is not standard. Hedge funds and investment banks are starting to use more and more esoteric, exotic instruments, which means as well as the requirement for more commonly available data, they also need more niche data.”

One middle office function for which this data might be required is confirmations, he says. “Another might be the need to check sources of data on an instrument before a purchase or a sale, or if you are looking at an exotic financial instrument you are not sure you have the right information on.” This activity is not “predominant”, he says, “but it does have a great deal of potential”. “Reference data is moving from being just a clearing function, to being another element supporting trading decisions,” Feldman adds.
For the most part GAIN is functionally suited for the US market, he says. “There are some specialist vendors to which it doesn’t currently have interfaces, but as the product spends more time in the US these will be added,” he says.

END_OF_DOCUMENT_TOKEN_TO_BE_REPLACED 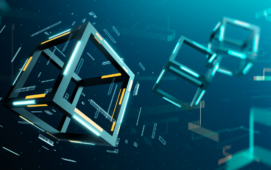