Cicada and Algorithmics are working to finalise the details of a new jointly-owned company they plan to establish, that will develop and provide multi-source clean, structured data and managed risk solutions to users of Algorithmics’ Algo Suite of products. A third partner, Investors Guaranty is funding and supporting the venture.

The alliance, announced during April, is focused on offering a managed data and risk service that makes compliance with Basel II and other risk management regulations “fast, cost-effective, reliable and transparent”.

Greg Smith, president and CEO of Cicada, says, “In the enterprise risk space – a space driven by regulation, by best practice and by Basel II – what’s coming to the fore is that data is really the issue. Data is the great barrier to implementation especially at an enterprise level, which is excruciatingly dependent on data. This particularly applies to credit risk management where you have to gather up aggregated exposures and other items.”

“A key challenge for banks that are implementing systems to comply with Basel II is the creation of internal rating systems, which requires a mass of data.”

Smith says that the final arrangements and the formation of a new legal entity, as yet unnamed, should be completed during May. Both Cicada and Algorithmics will transfer or second staff to the new venture, but Smith says that the partners expect that the bulk of the staff will actually be new hires.

“It’s a complex structure: it’s global, and there are three parties involved, so there are a lot of technical issues,” he says. “We are having a series of workshops to work out the optimum implementation strategy for the project so that we can finalise the budgets and best execution path, but everything looks good.”

“We are all very excited about it and the expectation is that the result will be a integrated clean data solution that allows a customer of the Algo Suite to have their implementation in a matter of days rather than months,” says Smith. “We also expect that it will provide a cost-effective solution for Tier 2 and Tier 3 financial institutions who need to be compliant with Basel II.”

Cicada’s role in the venture will be to provide the integration and cleansing of external data and to facilitate its integration with internal data using its Composer data management technology and the services of its Data Quality Management group.

Smith says, “Firms have a lot of legacy systems with proprietary position and exposure data and it is hard to integrate that information unless you have a structure like Composer that allows the easy integration of lots of different streams of content. You also have to police that information, but many organisations simply don’t have the systems to do that because it was never a requirement. And they don’t have the systems in place to verify internal data that would prevent them from polluting their risk position with their own bad data.” The integration of external data sources “gets you about 60 per cent of the way there,” says Smith.

Over time, Smith says, it is expected that the new venture will form close relationships with the major back-office systems provider, though such a development is hindered by the fact that there is no single such vendor. “There are about 10 or 12 major back-office system vendors that dominate or have dominated over the years, in various segments of the market, in different parts of the world,” he says. “There may be two or three in the US, but it’ll be someone else in Europe and someone else again in Asia. We will be working to make sure it’s easy for those systems, which contain a lot of the information that’s needed for risk management, to be integrated with the external data and the Algo risk systems.”

The deal is not exclusive, but Smith says that it is “clearly a preferred arrangement” for the pair. “The reality, for both us and Algo, is that the customers will have other risk management systems. One of the advantages of them taking the new joint solution from Cicada and Algo is that they can feed their other proprietary risk applications with the same content that they are feeding into their Algo Suite,” he says. “There are also going to be customers who do not want this system and Algo will continue to develop those customised implementations. But on a cost basis – in terms of time and value for money – it is going to be hard to beat this combined solution.”

On the finance and logistics, Investors Guaranty companies will be providing initial capital to support the venture and will “facilitate the provision of various business services through members of the Investors Guaranty Global Alliance, which currently comprises over 60 companies “dedicated to optimising and marketing their core competencies, outsourcing non strategic functions to alliance members and implementing global best-practices”.

END_OF_DOCUMENT_TOKEN_TO_BE_REPLACED 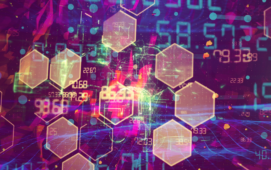 First New York has implemented a cloud-based version of Eventus Systems’ Validus trade surveillance system to monitor its futures trading and investment activities, with a view to expanding the deployment to its equities and equity options trading business. According to Shawn Fischman, General Counsel & Chief Compliance Officer at First New York, “As a multi-asset,...