Following on from the decision last week to give the industry an extra 30 days in which to provide feedback on the majority of its recent proposals, the Commodity Futures Trading Commission (CFTC) has released a short consultation paper concerning the phased implementation timelines for the swaps component of the Dodd Frank rules, which highlights the importance of data reporting to the whole process. A number of timelines will be predicated on the effective dates for data reporting, indicates the regulator, which is giving the industry time to comment on the specific implementation issues that may arise from the proposed phasing of the rules.

The “concepts” in the paper do not provide concrete deadlines and timelines on which to provide feedback, rather they suggest an order in which implementation should be phased and the potential correlation between various parts of the complex beast that is the Dodd Frank Act. The Act grants the CFTC and the Securities and Exchange Commission (SEC) certain flexibility to set effective dates and a schedule for compliance with rules implementing Title VII of the Act, which involves oversight of swaps and security-based swaps.

The regulators therefore have the ability to phase the implementation of these new requirements on the basis of factors such as: “the type of swap, including by asset class; the type of market participants that engage in such trades; the speed with which market infrastructures can meet the new requirements; and whether registered market infrastructures or participants might be required to have policies and procedures in place ahead of compliance with such policies and procedures by non-registrants.”

Accordingly, the CFTC is seeking feedback on all of these factors from market participants to determine the most appropriate phasing and has provided a list of concepts that the regulator is bearing in mind to this end. Many of these are pure common sense, such as the need for market infrastructures to be properly set up with the necessary policies, procedures and rulebooks in place before reporting to these bodies begin. It also notes that those entities that have not been previously regulated will need extra time in which to comply, as well as those that manage third party sub-accounts (such as asset managers).

One thing that comes across loud and clear from the list of concepts is the renewed importance that has been placed on the data reporting process and new infrastructure that is being established to facilitate this. For example, the CFTC states: “Some provisions of the proposed rules under Dodd Frank rely upon the CFTC having access to data. For example, the Commission’s proposed rules on block sizes for swaps and position limits depend on data reported to data repositories. Thus, effective dates for some rules may be dependent upon the effective dates for data reporting.”

The regulator also notes the importance of firms establishing adequate “technology connectivity” to these various infrastructures. “A rule’s effective date may take into account the time and resources needed to achieve the needed technology connectivity,” it states. However, this will differ by asset class due to the various stages of standardisation and connectivity across the market.

END_OF_DOCUMENT_TOKEN_TO_BE_REPLACED 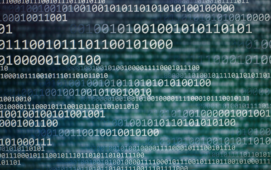