Much has been said recently about the funding crisis going on within the US regulatory community and the Commodity Futures Trading Commission (CFTC) has been particularly vocal about the impact this is having on its future capabilities with regards to implementing the Dodd Frank reforms. Last week, commissioner Scott O’Malia highlighted the seriousness of the issue by indicating that the regulator will reach data storage breaking point by October, when it will run out of space. No wonder colleague Bart Chilton’s speech to the Institutional Investor Trader Forum in NYC on Wednesday was entitled “Danger, Will Robinson.”

“In my opinion, the chairman is playing a game of ‘chicken’ with Congress over the CFTC technology budget, and that is not a game where anyone wins. Drastic cutbacks in technology will reduce our investment in data storage to the point where the commission is estimated to run out of data storage by October of this year,” said O’Malia, who has long been a proponent of technology investment to allow the CFTC to better monitor the markets. However, not only will the regulator struggle to implement new reforms for the overall OTC market (as required by Dodd Frank), it will also be hampered in conducting its current oversight duties if such an event occurs.

All of this is the result of the fact that the CFTC (along with other regulators and government departments) is facing a freeze in funding at 2010 levels due to a shortfall in government resources. The regulator has therefore been forced to prioritise its investments and thus far, chairman Gary Gensler has focused on hiring staff rather than new technology; a decision that has not gone down well with O’Malia. “I do not believe that we have put enough investment in technology, and I am very concerned about the data storage issue,” said O’Malia, although he did not elaborate upon the consequences of reaching data storage breaking point.

Commissioner Chilton also spoke about the “clear and present danger” posed by this lack of funding: “Right now, we are operating under what is called a continuing resolution or CR, which means we are operating under last year’s budget. We can write the rules and continue to do the work we have been doing for now. However, six or nine months from now, as the new rules are being implemented, more resources to enforce the law will be needed. We cannot increase our responsibilities without increased resources—period.”

Chilton indicated that the regulatory community and the industry could therefore be left back where it started, before the economy “tanked”, because of the lack of the ability to gather and analyse the required data items for effective market monitoring. “Bottom line: if we don’t find a way out of this dilemma soon, we will have a monstrous moment where many folks say: ‘Danger, Will Robinson,’” he contended.

The fact that the House of Representatives is now controlled by the Republicans also does not bode well for the future of the Dodd Frank reforms in general, especially those related to the establishment of the Office of Financial Research. Republicans have already called for cutbacks in government spending and, as I previously noted in an earlier blog, a number of high profile Republicans are not convinced of the benefits of setting up this new Treasury agency, ergo it may be soon for the chop.

This does not mean the idea will go away, however, as there are ways and means of running such a data collection agency outside of government bounds. Much like Chilton’s proposals for CFTC funding to be gathered directly from user imposed fees, the Office of Financial Research could be established with an added bank tax on top of that already earmarked to fund it further down the road. Unsurprisingly, this would not be a popular option for the CFTC or a data collection agency.

Even Chilton displayed awareness that such an option would be a last resort: “For 25 years in government, I have been opposed to user fees of various types and stripes. Ronald Reagan proposed many of them in the 1980s. I have opposed user fees in financial markets, because markets are a public good and therefore the government has a responsibility to ensure they are efficient and effective. Use of public tax dollars for this purpose is appropriate. I still believe that. If we are faced, however, with the draconian option of no funding to implement the reform bill, putting us directly back where we were in 2007 and 2008 when the economic mess began to show its ugly head, then perhaps some type of user fee is the least onerous remedy. Not having necessary and important market oversight certainly is not the way to go.”

The CFTC already has some authority to impose fees, so Chilton’s proposals are not beyond the realms of possibility, but they would seriously impact firms’ bottom lines given the funding gap that needs to be filled this year is US$93 million. Add to that the modest estimate of US$500 million to operate the Office of Financial Research and you have some rather unattractive sums coming the industry’s way.

The risk is that after so much rhetoric, there will be either little follow up – with regulators being forced to back away from the data standardisation issue completely – or new fees will be imposed that negatively impact the global economy in the current unstable financial climate. Realistically, the hope has got to be that the issue gets put on the back burner for now, while other priorities are focused upon, but that it is revisited further down the line.

On the subject of the Office of Financial Research, it must be noted that today is the final deadline for submission of industry feedback on the proposals related to legal entity data standardisation. If you haven’t already, firms should submit comments electronically via the Federal eRulemaking Portal here.

END_OF_DOCUMENT_TOKEN_TO_BE_REPLACED 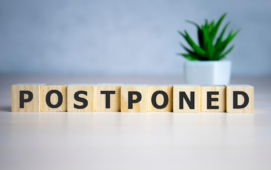 In the wake of the UK’s Chancellor Rishi Sunak rejecting the EU’s Central Securities Depositories Regulation (CSDR) settlement discipline regime as part of its adoption of EU regulations post-Brexit, it looks as if the European regulator too is now having second thoughts. Last week, ESMA published a final report on the draft technical standards of...