In its latest technical advice to the European Commission as part of the ongoing MiFID review, the Committee of European Securities Regulators (CESR) has reprised its data standardisation theme as the “preliminary step on the way to organised platform trading” of OTC derivatives. Progress within the front office is therefore predicated on getting the data foundations right at the start of the process and the fact that this standards issue is a key topic of debate within the industry (as evidenced by the level of feedback to the consultation paper) is testament to its importance.

CESR is pushing hard for increased legal, process and product standardisation within the OTC derivatives market to make it much more transparent, hence the expansion of MiFID to this sector in the first place. This would also aid the overall operational efficiency of the sector and improve the ability of the regulatory community to monitor systemic risk, according to CESR. Therefore the regulator is proposing to introduce new identifiers for these derivatives transactions and new definitions for trading venues such as multilateral trading facilities; thus adding new reference data items into the mix.

The idea is for regulators to allow for an industry led approach at the outset, with firms being set defined industry targets for the adoption of standards, but threatened with potential mandatory regulatory action if these targets are not met. The standardisation targets will be focused on measuring three distinct areas: legal or contract uniformity (including the classifications for derivatives data); automation; and product uniformity (ergo the introduction of standard methods for valuation and formats for reference data).

The response to CESR’s initial consultation paper indicates that the industry is keen for the regulatory community to build on existing standards, rather than introducing new ones in the instrument identification space, for example. Firms also noted that standardisation should be market led rather than regulatory driven (a marked difference from the US approach with the Office of Financial Research). In its own response to these comments, CESR notes that it will build upon these standards where appropriate and will allow firms to move under their own volition up until a certain (as yet undefined) point.

“At this stage, CESR does not have a definitive view on the exact targets that should be reached in each asset class nor on the range of firms/institutions that should be covered. However, CESR considers that a sufficiently ambitious approach should be adopted, taking into account the scope of other EU and international measures in relation to OTC derivatives, to ensure that the proportion of standardised OTC derivatives increases,” it states in the paper.

CESR’s successor, the European Securities and Markets Authority (ESMA), will then be tasked will following up on these targets and policing the level of standardisation achieved across the industry. To this end, the paper states: “It is proposed that the measurement of compliance with industry targets could be performed using data from various sources, including data obtained from trade repositories, when such data becomes available. In case the targets were not met, appropriate mandatory regulatory intervention should be adopted by ESMA (in conjunction with EEA national regulators) to lead to their achievement by the industry.”

Much like the potential fines referenced in the European Council’s paper on derivatives data repositories , punishment awaits those firms that are too slow to meet the compliance deadlines. Data standards will be on the agenda for some time to come…

END_OF_DOCUMENT_TOKEN_TO_BE_REPLACED 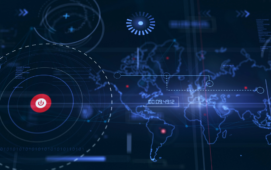