Henderson Global Investors, a mid-sized U.K. investment management firm, is about a third of the way through an almost three-year project to revamp its data management procedures across the board. With its back office outsourced to Cogent, Henderson’s focus was on the data used to support its front and middle offices, including the investment management, performance measurement and risk functions.

According to Dominic Shine, head of IT products and development at Henderson, the project’s chief aims were to improve data quality, rationalize and reduce market data spending, especially through softing, improve timeliness of delivery, particularly in overnight processing time, and generate consistent daily and month-end reporting data. Shine was speaking at Osney Media’s Financial Information Management conference a few weeks ago. Henderson was also seeking to centralize risk, performance measurement and client reporting data. Significantly, it wanted to shift responsibility or ownership of data to the business from the IT function. Certainly, the business side understood the value of the data it used in its operations. Shine quoted a Henderson fixed-income fund manager: “Without accurate data, we might as well put it all on the 2.30 at Cheltenham!” (Cheltenham, for those of you who don’t know, is a British racecourse.) The task facing Shine and his team was daunting. “Every front-office system had its own database and associated write-arounds,” he said. The target data architecture would transform this organically grown state of affairs into a centralized single repository that would be home to all local data stores required to run the various Henderson processes. By managing the data centrally, Shine said, Henderson hoped to improve service to the applications. Buy vs. Build To achieve its aims, Henderson opted to buy rather than build the solution itself. In its evaluations, Henderson sought to ensure that the chosen solution had a track record in the investment management data model area, complete with appropriate interfaces, a centralized data storage capability, the possibility of high levels of customization, flexible reporting capabilities and at a reasonable cost. Henderson selected the Integral platform from Digital Innovation Systems Ltd. (DISL), which it felt met its requirements. Now approximately six to nine months into the project, with 18 to 24 months to go, a number of goals have been achieved. According to Shine, Henderson has succeeded in implementing the central repository and basic reporting capability. It has completed the asset matching engine and has developed an enhanced attribute population engine. As it progresses, Shine said, Henderson aims to interleaf the best attributes of the various services to create a golden copy. “All the services are good at different things,” he said. “We are able to set rules to optimize the data, and then allow manual overrides. Then, these are stored as rules, which leads to the best possible solution for downstream applications.” The asset matching system is taking data from such sources as Bloomberg, various index data providers and internal systems. The asset matching engine checks the identity of data elements, and throws up any exceptions for the administration team to handle. Henderson is now focusing on a number of outstanding items, including improving data feed delivery to front office systems, enhanced reporting capability, centralized fund and benchmark holdings data, repointing front-office applications to the DISL Integral central repository. It also remains to centralize historical transaction data, and risk and performance historic data, and to consolidate data stores for client reporting. Senior management support for the project has been essential, Shine said. From a governance perspective, a steering group was assembled to make big decisions, comprising the chief operating officer, the IT director, the operations director and Shine himself. The steering group reports into the Henderson executive. A data working group, comprising representatives from the front office, compliance and data administration, performed the work on the project. Of the total resource allocated to the project, 20% or approximately 10 people, were sourced from the data area, 25% from distribution and corporate services, 50% from investments and the remaining 5% from other departments. In conclusion, Shine said the project will meet future developments at the firm, based on the growing trends he sees in the business. These include demands to increase client reporting frequency, demands to move from period-end to daily performance attribution (which may have implications for fund managers’ bonus calculations) increasing demand for CRM and investment management data, new modeling tools for specialist fund manager boutiques, increased demands for better compliance and regulatory reporting, demand for data for client-facing web-sites and the ongoing drive toward STP and the reduction of operational errors. All of these trends require accurate, timely and well organized data, Shine said. The project allows the firm to assemble the data required quickly and to leave application development resources to focus on functionality.

END_OF_DOCUMENT_TOKEN_TO_BE_REPLACED 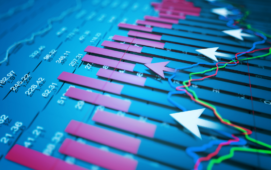 MayStreet, the market data technology and content provider, has expanded its Market Data Lake product, adding full support for all US Equity Options data feeds, to augment the company’s existing provision of the OPRA feed. US Equity Options volumes have grown significantly in recent years, with record listed option contract volumes in 2020, increasing 52.4%...