If further action is not taken with regards to ensuring the licensing issues around Standard & Poor’s US ISIN practices for European firms are tackled (as well as the pricing issues) then regulators may be held back in their systemic risk monitoring activities, according to Rudolf Siebel, managing director who is responsible for legal and regulatory affairs, fund industry standards and market research at German investment and asset management association BVI. Speaking on behalf of BVI and a number of other industry associations that have stated their concerns about the agreement, Siebel explains that currently, the “glass is half full” in terms of enabling the industry and regulators to freely use the ISIN for cross referencing purposes.

Siebel says: “No other national numbering agency (NNA) requires a license for the mere use of ISINs and this means that S&P is a stumbling block for important regulatory developments in the aftermath of the financial crisis such as the tracking of systemic risk by bodies such as the Financial Stability Oversight Council (FSOC) and the European Systemic Risk Board (ESRB). ISINs need to be freely used by regulators and the market participants in order to track systemic risk. Both FSOC and the ESRB need to monitor microdata, which requires the identifiers for issuers and underlying reference entities (via legal entity IDs), as well as identifiers for the transaction or security, which is where the ISIN comes into play.”

Last week, the European Commission struck a deal that thus far involves S&P’s Cusip Global Services (CGS) business cutting the fee it charges European customers to receive ISINs for US securities. Although the data vendor continues to “strongly disagree” with the EC’s ruling that it is abusing its dominant market position with regards to charging for ISINs, it has agreed to take steps to address these concerns and thus has set a limit of an annual charge of US$15,000 for European firms and other data vendors (for redistribution purposes) to receive US ISIN record masterfile data in a new standalone format (with no “additional data” included).

Siebel explains why this deal does not go far enough in the eyes of a number of industry associations: “The glass is truly half full with regards to data licensing issues with identifiers. There are two things that need to be tackled: one is the pricing policy of the vendor and the other is the data licensing policy. With the pricing policy we have achieved a full victory, if the pricing commitments are enacted, as there would be no fees for the ISIN or the ISIN record. Where we have not succeeded in full is the data licensing policy of the vendor. Technically, we do not need a license to use the ISIN in internal systems and applications or for external usage, however the commitments still require the end user to sign a data contract, even if you receive ISINs from a third party source.”

The current contract provides that firms have to sign to guarantee that they are not going to cut the Cusip out of the ISIN or that they are not reselling the ISIN to another party. “The data contract is simply unacceptable – we are using ISINs and we don’t need Cusips,” contends Siebel. “This is not provided for in the ISO standard and it is not recognised by other national numbering agencies, although a number do include their national securities identifiers with the ISINs such as the London Stock Exchange (LSE). But in these cases you can simply use the ISIN and do not need to have any data licenses whatsoever. S&P is therefore not in line with ISO and current market practices.”

Furthermore, he explains that from the point of view of a data vendor (although he does not directly represent the vendor community), the deal is also problematic. “We cannot see how the European Commission can require how all data vendors in the world can be required to provide their client base to S&P. That is what the commitments are effectively doing: they would require each and every data vendor to give their database to S&P to allow them to police that segment of the industry,” he says.

The definition provided by S&P for an “information service provider” (ISP) has also been raised as an issue by the associations due to a lack of clarity between what is an ISP and what falls under the “service bureau” category. “The only service bureau I am aware of is the ANNA service bureau, but that is mentioned separately,” says Siebel.

He reckons ISPs should have to sign only a technical data service contract under which S&P delivers an FTP file of ISINs on a daily basis for a capped price with no additional restrictions on downstream users other than, perhaps, on reselling the full ISIN record masterfile

There is also a lack of clarity about the use of ISINs in the EEA because they have defined what Siebel calls a “hodge podge of activities” that should be license free versus those that require a license. “Why is clearing exempted, but trading is not? Why is custody not mentioned? If you look at the value chain of securities processing, at least pre-trade research, trading, matching, clearing, settlement, custody, asset servicing, such as paying dividends, and client reporting should be license free. At the moment, the agreement only mentions clearing and parts of reporting. We need free and unencumbered use of ISINs across the full value chain of the securities industry,” he continues.

The next step for the industry is related to the fact it is in the market test phase at the moment and the associations are hoping that a number of financial services firms will raise their concerns to make this agreement workable. Thereafter the European Commission would need to revise its position as is stated in the notice and renegotiate with S&P on the commitments, says Siebel. “If this fails, then the EC would need to make its own decision and we would hope it would stand by its initial judgement,” he adds.

“We are not talking about the Cusip masterfile, we are only talking about using the ISIN for cross referencing purposes. For that we need the ISIN and the minimum descriptive data. So for us, the case is similar to that of Thomson Reuters, which aims at providing that identifiers can be used freely for cross referencing purposes,” Siebel explains. “Bloomberg can only be applauded for making their identifiers freely available under their Open Symbology initiative and that is the kind of thinking we would like to see from other vendors.”

On this note, Thomson Reuters also fell under the EC’s spotlight in 2009 for its licensing practices for its RIC codes. The ticker like RIC codes are viewed as endemic to the industry: although Thomson Reuters does not sell RICs, the codes used are proprietary to the vendor and are embedded in the data that it sells to financial institutions. Thomson Reuters may support other codes, but the Commission seems particularly concerned about its intellectual property rights with regards to RICs and whether the proprietary nature of these codes means clients are prevented from easily moving from one vendor to another.

END_OF_DOCUMENT_TOKEN_TO_BE_REPLACED 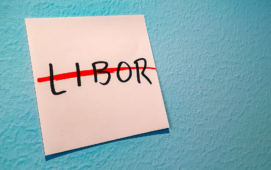 The UK Financial Conduct Authority (FCA) has released further arrangements for the orderly wind down of LIBOR at the end of the year. While the sterling, Japanese yen, Swiss franc and euro LIBOR panels will cease on 31 December 2021, the FCA says that to avoid disruption to legacy contracts referencing the 1-, 3- and...