…But EDM Council Also Engaged in Much More Work Around Semantic Repository and Entity Data, Say Atkin and Bennett

The discussions at the last EDM Council meeting may have been dominated by debate over the feasibility of the US National Institute of Finance (NIF), but the industry group is engaged a lot of other things as well, according to Mike Atkin, its managing director. As well as the mortgage backed securities (MBS) proof of concept, the EDM Council team is also working on two other proof of concepts and looking into facilitating conversations around the area of entity identification.

The proof of concept work that is just being started by the EDM Council led team is focused on validating a lot of work that it has been doing around its semantic repository project, says Mike Bennett, director of consultancy firm Hypercube and leader of the project. “We have finalised the draft of the semantic repository based on feedback from subject matter experts and are now attempting to prove the feasibility of the project in practice,” he explains. The semantic repository is aiming to identify all data attribute terms and definitions used by financial institutions for business processing, investment decisions, scenario modelling, risk management and portfolio valuation. It is therefore seeking to tackle the problem of ambiguity within data terms used in the financial markets. The repository has been completely updated based on member adjustment to static reference terms for tradable securities, says Bennett. As well as working with the NIF on the MBS proof of concept, the project team is also working with Algorithmics in Toronto on a separate proof of concept and with an unspecified “large data provider” on another. The EDM Council is hoping to have all of these projects launched by the end of this month in order to begin work on comparing the data within the repository with data in a real business context, explains Bennett. “The MBS proof of concept is already underway and we have already begun identifying changes that need to be made to the semantics repository by going through securities prospectuses and tagging the data,” he elaborates. “We expect that this process will allow us to validate and improve our data models.” The MBS project is being carried out in cooperation with a number of parties, says Atkin, including IBM’s research team, the European Central Bank (ECB), the New York Federal Reserve and Swift. The full components of the proof of concept include unravelling the MBS process to identify essential data attribute and entity linkages and collecting instrument reference data from issuance documents based on a standard template using the semantics repository. It also aims to map all relationships, define IT architectural requirements, create a database including APIs and messaging and map data into risk models to determine probability of default and loss given default. The core group for this project has already been formed and is meeting on a weekly basis, says Atkin. “The architectural structure for the proof of concept has been defined and the process flows for MBS has been defined. We have already extracted the MBS semantic layer and begun mapping between semantic and logical models. The next step is to determine the governance process for the partners involved and to ensure full industry transparency,” he elaborates. The Algorithmics project, which is due to begin later this month, is focused on evaluating the repository for risk management applications and identifying missing semantic concepts for risk management, says Atkin. “We will then be able to determine the relationship between semantic and logical mapping,” he continues. The project with the data vendor, which is beginning this week, is aimed at mapping the relationship between the semantics repository and vendors’ and technology firms’ internal metadata repositories. The timelines for each of these projects are quite up in the air at the moment but Bennett and Atkin hope to have the bulk of the work completed over the next three to four months. “We are looking to see some final results by the first quarter of next year,” he adds. The industry has been engaged in work outside these proof of concepts too. Entity identification is another space in which the EDM Council is seeking to lead the industry discussions, says Atkin. “We need to get the data foundations right for instrument attributes and entity identifiers and we are therefore looking at both of these areas,” he explains. “The issue of determining single name exposure is number one on the list of priorities for regulators at the moment and the bottom line is that the industry needs to get its act together in terms of standardising entity data to achieve this,” he continues. The EDM Council is therefore seeking to act as an “ombudsman” in this space by brokering conversations between the key players, including Swift and ISO. “The ISO working group focused on this space (WG8) has abandoned the idea of business entity identification and is now focused on issuer and guarantor codes,” says Atkin. “We believe this is the wrong avenue of approach and we have told ISO that we will do specific research to prove this fact.” This project has already launched and the EDM Council team has thus far interviewed five heads of financial institutions to prove its assertion that ISO should refocus its efforts. “Once we have finished this research, we will have a meeting in November with ISO and Swift to discuss the results and decide what to do going forward.” The meeting has been scheduled for 12 November in Frankfurt, so industry participants can expect a full update at that point.

END_OF_DOCUMENT_TOKEN_TO_BE_REPLACED 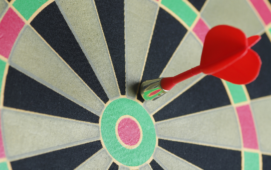