Chicago-based Bouchard Systems has unveiled its AlgoFast suite of execution software, focused on processing machine readable news feeds to drive trading decisions. In its first release, the software supports trading on the Chicago Mercantile Exchange, with execution via Interactive Brokers.

Founder Justin Bouchard – who comes with many years of cross-market trading experience – says the software was originally written to simplify the details of the trading algorithms that he had designed: “I wanted a logic window to explain things verbally in plain English instead of trying to read through equations and code.”

Moreover, Bouchard was interested in trading based on underlying events, not on the price movements they triggered. “I needed a system that could trade economic numbers, earnings reports, and other event trading opportunities dynamically. If an economic number came out farther away from the expected number on the street, I wanted to trade more contracts and pay up farther through the market.”

AlgoFast relies on machine readable news feeds from the likes of Thomson Reuters and Dow Jones, which pre-process raw text and present key parameters in numeric form, which can be readily fed into a trading algorithm. The software – which would be either installed at a trading firm’s office or co-lo presence – has an ‘event to trade’ latency of less than a millisecond – significantly faster than a trader’s ability to react to news.

In the future, Bouchard plans to add direct trading support for other markets, such as Eurex, NYSE Euronext and Nasdaq OMX. A web-based version of the suite for equities is also planned.

END_OF_DOCUMENT_TOKEN_TO_BE_REPLACED 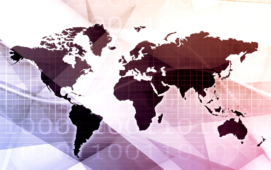 MarketDesk has launched a facility for selling and buying financial content using the cloud-based market data distribution platform it has deployed for private financial services clients. First out of the gate is a partnership with NewChangeFX (NCFX), the FCA-authorised FX benchmark data provider, to offer access to NCFX’s content via MarketDesk’s newly enhanced platform, available...