For those of you who have viewed Bloomberg’s moves towards openness to date with a sceptical eye, today’s announcement that it is making its Bloomberg API available to all – free of cost or restrictions – may force a rethink.

Following on from the 2009 opening up of its Open Symbology set – BSYM – Bloomberg is now offering free downloads of its API from http://open.bloomberg.net. An MIT-style license agreement will allow users to copy and use BLPAPI interfaces for use “with any market data service, applications or adapter technology.”

While cynics might suggest a chronological link with Thomson Reuters’ ongoing spat with the EU over access to its Reuters Instrument Codes (RICs), the release of the Bloomberg API is being pitched as just the latest in a series of actions designed to open up Bloomberg data to the financial services universe.

Bloomberg’s CTO Shawn Edwards says Bloomberg’s Open Market Data Initiative “is the latest in a line of actions designed to make Bloomberg more open. Bloomberg’s philosophy is to give the market more integration points and allow others to integrate our (Bloomberg) data into their applications. Providing the best service and the highest quality data is what we aim to achieve, not selling software.”

As well as being part of Bloomberg’s ongoing march toward openness, Edwards says, opening its API is intended to help clients improve data integration and system compatibility. The idea, he says, is to help cut through the layers of complexity developed over years of trying to combine data from disparate proprietary systems. Edwards points out that BLPAPI is already used daily by more than 100,000 of Bloomberg’s customers, with perhaps tens of thousands of applications having been written to the interface.

By expanding free access out to third parties, meanwhile, Bloomberg hopes to cultivate an ecosystem of applications developers to join those already writing code to run with Bloomberg data. Edwards points out that BLAPI is already used by more than 100,000 users, with perhaps hundreds of thousands of applications having been written to the interface.

BLPAPI works with a range of languages and operating systems, including Java, C, C++, .NET, COM and Perl. The API itself is a technical definition of a market data interface that includes publish/subscribe, request/response, and other parameters, and can be used for all data characteristics, including high-volume and low-latency.

Edwards says Bloomberg has continued to evolve the BLPAPI since it first introduced it in the mid-1990s, ostensibly to allow Bloomberg professional service users to feed Bloomberg data into spreadsheets and desktop applications (Open Bloomberg, anyone?). Since then, it’s been enhanced with many additions, including a data-model driven interface used by Bloomberg Tradebook and a publishing capability to support bank contributions.

It’s starting to sound pretty open. Says Edwards: “We don’t want to lock people into a restrictive software license. We want to give them access to the best of what’s available.”

So, a modern New Media approach to encouraging developers of all kinds to build stuff using your data. Could it be that another big data vendor not a million miles away is thinking along the same lines?

END_OF_DOCUMENT_TOKEN_TO_BE_REPLACED 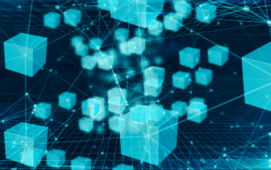