As anticipated, Bloomberg is opening up the interface via which it provides market data to other market data and application vendors, on a free-use basis. It’s part of the vendor’s Open Market Data Initiative, which also extends to market data symbology, as previously announced.

The interface in play is BLPAPI, which is already widely used by Bloomberg customers.  Now, it’s available to non-customers under what the company terms an “MIT-style license that allows users to copy and use BLPAPI interfaces for use with any market data service, applications or adapter technology.” That license is available at http://open.bloomberg.com.

Says Bloomberg CTO Shawn Edwards: “We intend to evolve BLPAPI into an open standard with the help of an independent committee charged with managing the future development and stability of a truly open market data interface.”

BLPAPI provides a consistent interface to data, from high volume low-latency trades and quotes to end-of-day reference data. A technical definition document is available, and the interface itself works with applications written in Java, C, C++, .NET, COM and Perl.

It’s yet to be seen how popular Bloomberg’s initiative will be – it’s hard to imagine Thomson Reuters adopting it, for example. But for niche market data vendors, for markets offering direct feeds, and for data feed management vendors – such as Exegy (which already interfaces to Bloomberg’s data feed) – it might be an attractive option to help sell into trading firms that are big Bloomberg customers.

Bloomberg isn’t the only game in the open market data game. Indeed there still exists the other Open Market Data Initiative, led by the Collaborative Software Institute (with support from Bank of America/Merrill Lynch), though this has been quiet for some time. Perhaps more of a challenge is the OpenMAMA initiative from NYSE Technologies – which might be perceived as more neutral than Bloomberg.

END_OF_DOCUMENT_TOKEN_TO_BE_REPLACED 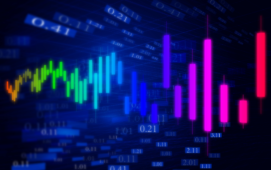 By Mike O’Hara, Special Correspondent, TradingTech Insight. High-performance infrastructure and connectivity technologies have become essential components of trading architectures in today’s electronically traded markets. And as trading systems become ever faster, increasingly interconnected, and process more and more data, there has never been a greater need for accurate and comprehensive monitoring of the infrastructure that...