Bloomberg has applied to the Global Legal Entity Identifier Foundation (GLEIF) to become a Local Operating Unit (LOU) within the Global LEI System (GLEIS). The company expects to complete the application process in September and plans to promote use of the LEI on a global basis.

The Global LEI System was introduced in 2012 and took a domestic approach to establishing LOUs that required local regulators who were members of the LEI Regulatory Oversight Committee to assess and certify LOUs. Many of these LOUs were National Numbering Agencies and assigned LEIs only within their own jurisdictions. Bloomberg enquired about becoming an LOU in the early years of the GLEIS, but as a data vendor it did not find favour with the regulators.

Following the establishment of the GLEIF in 2014, a new accreditation process for both existing and new LOUs was introduced, opening up the field and encouraging LOUs to issue LEIs to legal entities on a global basis. Bloomberg’s Global Data Group, which also supports Bloomberg’s responsibilities as a registration authority and issuer of the Financial Instrument Global Identifier (FIGI) standard under the auspices of the Object Management Group, began the LOU accreditation process in January 2016 and has moved to the candidate stage in the nine month process.

Peter Warms, senior manager of fixed income, symbology and entity content at Bloomberg, says: “Bloomberg believes in open standards and identifiers like the LEI and FIGI that are free and free to distribute. We took part in the early development of the LEI as a member of the Private Sector Preparatory Group. At that time, we couldn’t become an LOU, but we wanted to ensure that data quality would be an important part of the global system.”

As a provider of financial information and reference data, Bloomberg maintains information on more than 4 million public and private entities and sees participation in the GLEIS as a natural extension of its experience with open identifiers, data quality and entity data management.

To date, about 436,000 LEIs have been assigned to legal entities, most of which are based in the US and Europe where regulations including Dodd-Frank and European Market Infrastructure Regulation require the use of LEIs to uniquely identify counterparties to transactions in regulatory reporting.

Warms says: “Bloomberg is confident that as an LOU it could do more to promote the LEI on a global scale. More LEIs would make it easier to identify entities that have different identifiers depending on their jurisdiction and the LEI could become a key for all entities globally.” He also notes that Bloomberg, which has a system that issues FIGIs, is already in a good place to issue LEIs in a similar way. On the subject of competition with other LOUs such as DTCC, Warms concludes: “When the need is around time to market and data quality, competition is good.”

END_OF_DOCUMENT_TOKEN_TO_BE_REPLACED 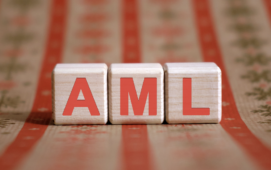 FCA: UK Banks Are Failing in Their AML Approach

UK banks are not taking anti-money laundering controls seriously enough, with some still viewing AML protections as unnecessary. This was the concern raised by Financial Conduct Authority (FCA) director of enforcement and market oversight Mark Steward, speaking to reporters at the FCA annual public meeting last week – and the regulator is ready to crack...