Welcome to the Hotel California

A particular analogy used by a panellist at last week’s SunGard City Day in London (what once used to be the GL.Net Forum) stuck with me all weekend. In reference to the current regulatory regime, the speaker from Royal Bank of Canada compared the situation his firm was facing in light of the regulatory driven changes in the derivatives market to the Eagles’ song Hotel California: you can check out but you can never leave.

Much like the situation lyricised by Frey, Henley and Felder, financial services firms are unable to escape the regulatory imperatives coming their way, not least of which is a whole host of new data requirements. The same RBC speaker noted during the panel debate (which was unfortunately under Chatham House rules) that the “secret sauce” for responding to these challenges was therefore the definition of a “common language”, or common messaging formats and data standards, across the industry. Standards were, once again, the order of the day.

Another panellist (this time from Citi) noted that much work has already been achieved in certain areas of data standardisation and therefore there is no need to build from scratch. “It is not an empty field,” he contended. A point which, hopefully, regulators are bearing in mind in developing new infrastructures and utilities such as the Office of Financial Research in the US.

But the choice of which standards to use is likely to prove challenging for some time to come, especially if they are to be globally adopted. If ISO has struggled for such a long time on the subject of entity identification, for example, does another body have a better chance of achieving global agreement on the subject? Panellists were unsure and noted that the community should attempt to engage with both regulators and clients to ensure that the right standards and common language is adopted to meet the needs of the industry as a whole.

Certainly, something must be seen to be done to tackle the root causes of the financial crisis, but getting the data fundamentals right is of paramount importance and should not be left to a regulatory whim. The blueprint for the industry’s own Hotel California needs to be developed cooperatively.

END_OF_DOCUMENT_TOKEN_TO_BE_REPLACED 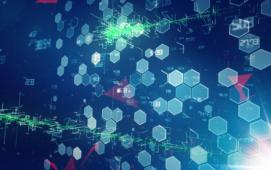