Virginie’s Blog – Corporate Actions: Get Over it

This week’s CorpActions 2011 conference in London raised some rather familiar points with regards to the appetite for change in the corporate actions space. After years of talking about standardisation, some progress has been made in drawing up industry best practices (see the recent standards documents produced by many of the industry associations out there, for example), but the age old tension between issuers and custodians continues to hold back implementation.

The participants on the STP panel noted (as always) the difficulty of getting issuers involved in the standards debate and suggested that they were the sticking point at the very start of the corporate actions lifecycle. The issuer panel, unsurprisingly, took a defensive tack and suggested that the industry needs to first make a clear decision on what standards should be adopted (rather than the plethora on offer) and stick with them. Only then, the issuers argued, can any progress be made.

This is an argument that has cropped up year in, year out, with very little in the way of progress being achieved. Playing the blame game with regards to responsibility for a lack of progress doesn’t seem to be doing the industry any favours.

Moreover, both sides have a point. From the point of view of an issuer (or their agents), there are a lot of standards out there and none have reached a significant tipping point in terms of adoption. ISO 15022 is due to be succeeded by ISO 20022 before it has even had a chance to achieve full market penetration. Hence those that have already made the investment in 15022 see little benefit in moving to its successor or XBRL.

On the custodian side, trying to reach the issuer community is tricky: there are no global bodies to reach out to them directly (beyond going via the issuer agent community). And, as suggested by conference chair Justin Chapman, global head of process management at Northern Trust, issuers assuming that they “do everything right” is not an attitude that is conducive to open dialogue.

However, Chapman did note that dialogue is important and suggested that the issuer agent community is the best place to start. Perhaps the International Securities Services Association’s (ISSA) issuer outreach programme can be the catalyst for moving beyond this impasse. After all, ISSA’s intent is to better coordinate all of the work going on across the corporate actions space, so that groups are aligned and redundancy is avoided. It is therefore seeking to put all of the standards pieces together; a development that the issuer community is evidently keen to see.

Chapman also noted the importance of getting market infrastructure players in on the action at an early stage in order for them to help push through change. He added that the proxy voting space could also seemingly benefit from this, given that it is facing similar challenges to the corporate actions space in delivering the right data in the right timeframe.

He also suggested that the industry should “connect the dots further out” beyond just the global custodian community to the sub-custodians and buy side participants. Heavy investments may have been made in standards and best practices by the bigger players, but more engagement is needed with the smaller fish in the pond.

On a more general note, it was also interesting to see that during the break out sessions in the middle of the day, the topic of standards pulled in the crowds (standing room only), whereas the technology developments sessions were much quieter (although they were split into three parts – mobile technology, cloud and digital ID). In my eyes, this reinforces the perception that the appetite of the corporate actions market for ‘bleeding edge’ technology (well, in a corporate actions context) is minimal. Back office processing bods are far more interested in the age old subject of standardisation (even if their firms are some way off in terms of adoption) than they are this new fangled technology stuff.

As noted by Chapman in his closing comments, perhaps it will take a generational change for firms and practitioners to fully embrace new technologies.

Within the corporate actions space the pace of change is often glacial. I just hope that more progress is made in the next 12 months, so we don’t have to listen to the same people arguing about the same subjects for the next decade. Great intentions are out there regarding standardisation, after all.

END_OF_DOCUMENT_TOKEN_TO_BE_REPLACED 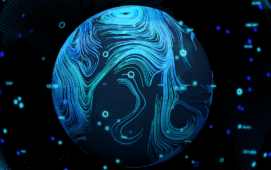 How to Get Ahead on the Data Governance Journey

Data governance that delivers benefits to the business needs to pull together people, process and technology by embracing data ownership, managing metadata, ensuring data quality, and continually improving automation. These are just some of the guidelines for successful data governance set out by a panel of experts at A-Team Group’s recent Data Management Summit in...