Ullink is building out its connectivity and electronic trading solutions business on the back of last year’s acquisition of NYFIX and its ability to meet growing market demand for managed services. At the helm is interim CEO Bertrand Sciard, who joined the company from Ullink’s private equity investor HgCapital when Ullink founder Laurent Useldinger stepped down from the role of CEO in March.

Useldinger founded Ullink in 2001 and went on to build the company organically, reaching revenue of $50 million before HgCapital invested in the business early in 2014 and took a stake just short of 70%, leaving the remainder of the company in the hands of employees including Useldinger.

Following the investment, Useldinger led the June 2014 acquisition of NYFIX and Metabit from NYSE Technologies, an acquisition that transformed Ullink into a $125 million company. Stepping down as CEO after discussion with HgCapital, Useldinger maintained a shareholding in Ullink and said he was leaving to pursue new entrepreneurial opportunities. Sciard, an operating partner of HgCapital with experience of leading software companies including enterprise resource planning specialist Lawson Software, is expected to stay in position until a new CEO is appointed, most probably in the next three to six months. Meantime, he is developing operational processes to support the enlarged business and executing growth plans.

The acquisition of NYFIX’s order routing network and community of 800 buy-side firms provides a platform for growth in an area that is well understood by Ullink as it already had a foot in the door of the order routing network business with UL Net, which is being rebranded under the NYFIX name.

Richard Bentley, chief strategy officer at Ullink, explains: “Before the acquisition of NYFIX, Ullink focussed on the sell side with UL Net providing a strong broker to broker order routing network. NYFIX focuses more on buy-side to sell-side order routing, extends the community trading on our platform and gives us access to sell services to both the buy-side and sell-side.”

Looking at the fit between NYFIX and Ullink’s trading solutions, Bentley adds: “With NYFIX we acquired a big community and a leading order routing network. Putting this alongside Ullink’s managed services in the trading space gives us the two pieces we need to build out and grow the business.”

Other growth areas for Ullink include its low touch offerings that deliver low latency, cross-asset order management for direct market access, and its high touch offerings that provide a modular order management system that allows users to deploy a single set of solutions across geographies and asset classes. The company’s focus here is on equities and derivatives, although it is refining where it will play in such a large market space. In terms of geographic growth, Metabit, which was also acquired from NYSE Technologies, is a leading Japanese provider of execution management systems and provides Ullink with immediate presence in Japan.

CSI is deploying Ullink’s low latency connectivity platform and its order management, algorithmic trading and market making solutions as a fully hosted service to power its trading desks in Asia and the US. The Ullink solutions replace incumbent systems and were selected ahead of other options on the basis of their flexibility, robustness, performance and ability to scale. CSI went live with the Ullink order management system in October 2014 and has since been adding further functionality with a view to completing deployment in September. Bentley says Ullink is building a good customer pipeline in China and adds: “CSI won’t be the last announcement we make about customers in China this year.”

END_OF_DOCUMENT_TOKEN_TO_BE_REPLACED 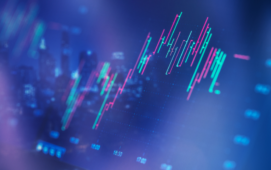