The UK Financial Services Authority (FSA) has been doing its level best this year to make the industry aware of the new customer data requirements as part of the incoming Financial Services Compensation Scheme (FSCS) Single Customer View (SCV) reforms, but time is running out. Firms have the next two weeks in which to pull together their pre-implementation reports in order to provide the regulator with a high level plan of the data changes required and flag any anticipated problems by the 31 July deadline.

Some firms certainly have the reform on their radars; earlier this month, for example, Julia Sutton, global head of reference data for the Royal Bank of Canada (RBC), noted that the SCV is on the list of priorities with regards to sorting out her firm’s customer data. However, not all firms are as aware of the specific challenges involved and, judging by industry sentiment voiced at events on the subject over the last six months, many are reticent to get going with changes they see as costly and potentially inefficient. According to the estimates published by the FSA and drawn up by consulting firm Ernst & Young last year, the total cost to a large bank of the data cleansing process in order to be able to produce these reports will be between £191 and £243 million.

The reform is designed to facilitate “faster payout” of compensation in the event that a deposit taker is unable to meet the claims of depositors, in light of the collapse of financial institutions during the crisis. All deposit takers in the UK are therefore required to be able to prepare the SCV, but those with less than 5,000 accounts held by eligible claimants need not have an electronic SCV, although they will still need to be able to provide the SCV on request, in another format.

Accordingly, firms need to be able to produce a pre-implementation report, which details their plans to adapt their systems in accordance with the requirements, by the end of this month. These systems adaptations will not be simple, however, as it will require customer data to be pulled from across a bank’s siloed systems and reconciled on a regular basis, within 72 hours in fact. Given the lack of entity data standardisation and the spaghetti like nature of most large institutions’ back offices, this will require a degree of technology investment that many banks seem unprepared to take on.

As noted by Hitesh Acharya, lead business analyst from regulatory reporting and risk solution vendor FRSGlobal, during a webinar on the subject recently, the deadlines are closing in and the regulator is keen to see progress. The most pressing deadline may be 31 July but firms must also keep an eye on the fact that they must submit an initial SCV file to FSCS by 31 January next year: the go live date. The C level is also being hauled over the coals, as boards must sign on the dotted line to indicate that their firms are fully in compliance and held accountable to their word.

“SCV systems must be built and tested by 31 December this year for the go live on 31 January 2011,” said Acharya. “The FSCS will be checking that systems are adequate and fit for purpose in December.”

The projects for compliance will necessarily involve the addition of new fields for customer data to allow flags to be added for data such as compensation eligibility and extra steps for data cleansing and aggregation of the relevant items. “Firms are likely to be able to find the relevant information in their counterparty files and regulatory reporting solutions but this must also be supplemented with extra data and the addition of new fields,” commented Acharya.

Looking forward, stage two of the project will be the provision of a detailed implementation report in January, including a detailed description of the SCV data aggregation system – how it has been designed, tested and will be maintained. Firms will also need to provide information on the SCV file format and transfer method, as well as a sample file of 10,000 SCV records or 10% of a firm’s records (whichever is lower) to the regulator in order for it to check for systems compatibility.

Stage three, which is essentially the ongoing maintenance and verification of these new SCV systems, will require firms to submit an SCV report every four years to the FSCS or on request. Such a report will also need to provide details of any material changes to the firm’s systems including the impact of M&A or the introduction of new IT systems.

The SCV data file itself consists of four key sections, said Acharya: customer details, contact details, account details and aggregate balance (the amount of compensation required to pay out). It contains a fixed format for the SCV record number and firms will need to set up this new field especially to meet these requirements. The account status code field is also critical, he warns, as the FSCS needs this to determine which accounts fit for straight through payout, thus an extra level of data checking is needed.

The FSA has indicated that a pilot project will be up and running in the autumn to allow firms to verify their files and check compliance. The regulator is therefore keen for around 20 firms to participate.

END_OF_DOCUMENT_TOKEN_TO_BE_REPLACED 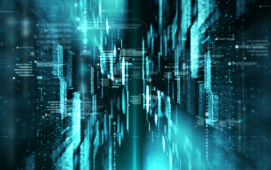