Last summer’s release of Tullett Liberty’s Post:marker service heralded the interdealer broker’s first commercial foray into straight-through-processing. But as chief information officer Geoff Chapman explains, the firm has underpinned the offering with counterparty and security master databases it started work on more than five years ago.

When interdealer-broker Tullett Liberty launched its Post:marker trade notifications service in June, the firm made its first move into commercializing some of the tools it had put in place to realize its goal of straight-through-processing. The Post:marker system draws heavily on the solid foundation of reference data management put in place by the firm over the past several years.

The firm’s reference data efforts started five years ago with the Global Common Database (GCD), a database containing details of client relationships and legal entity reference data. For all counterparties and clients, GCD contains a unique code that relates to the various entities, down to the names of counterparty traders.

As such, it’s a master database and it drives all other systems. All client details are added into GCD first as a matter of routine, and then are uploaded to other applications as required.

“It’s been a very successful approach,” says Chapman, who points out that it took the firm a great deal of effort to get to that point. “There are lots of different systems that make use of GCD – those that need customer data – and that includes most systems now.”

Chapman preaches simplicity in constructing the master database. “GCD is a minimal rather than a maximal database,” he says. “We put in as little as possible, and all other requisite data is held in other systems. Otherwise, the database would become too unwieldy.”

Another main plank of Tullett Liberty’s approach is its Security Reference Database (SRD), which contains details of all fixed-income instruments. It takes daily feeds from various vendors, which Tullett Liberty cleans where necessary. The firm manages the integration of external feeds; since there is no single source, there are areas of overlap that need to be sorted out. The firm uses services mainly from Telekurs and Reuters’ EJV.

Post:marker is a prime example of an application that uses GCD’s customer/counterparty reference numbers. Swift and Reuters codes for these are cross-referenced and maintained in GCD, allowing Tullett Liberty to offer electronic trade capture via Post:marker.

Post:marker allows trade details to be transferred into clients’ systems automatically without the need for manual data entry. As such, it is aimed at providing a step toward STP. This can represent a strategic asset for an IDB like Tullett Liberty, by cementing its relationship with its clients. Customers benefit also from quick detection and correction of errors in transaction details.

The system is available in several different variations. At the simplest level, when a trade is done, Post:marker generates an email to both counterparties containing essential aspects of the trade, plus a list of all other trades done between them.

The counterparties can choose to accept or reject the message. If accepted, the data is delivered into the banks’ in-house systems via an API developed by Tullett Liberty. Alternatively, the bank may choose to take just the API itself and build its own versions of the system.

Post:marker uses BrokerML, which is Tullett Liberty’s own version of the FpML (Financial Products Markup Language) messaging protocol. The API is written in Java.

As a member of the Swapswire trade notification community, Tullett Liberty is capable of handling messages in a compatible format. As Chapman points out, Swapswire traffic – in the interest-rate derivatives area – represent a very small proportion of the firm’s total trade message traffic.

END_OF_DOCUMENT_TOKEN_TO_BE_REPLACED 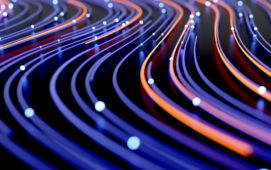