Thomson Reuters’ Roche Takes On Enterprise Realtime – But Not Elektron

With Mike Powell taking over as global head of Enterprise content at Thomson Reuters Markets, long-time real-time tech head Terry Roche is stepping in to take on the role of business head for Realtime, relinquishing his former development responsibilities to Enterprise CTO David Kelly.

But Roche’s remit, however, doesn’t extend to Elektron, the Enterprise group’s major initiative in the hosted trading services space, which had previously been a big part of Powell’s responsibilities. It transpires that Thomson Reuters – in what is emerging as something of a trend there – will be looking outside of the company to fill the Elektron void.

The search is on, as it were, for the lucky industry executive with the werewithal (if that’s the right word) to take on a project that’s already grabbed the attention of the Thomson Reuters board.

END_OF_DOCUMENT_TOKEN_TO_BE_REPLACED 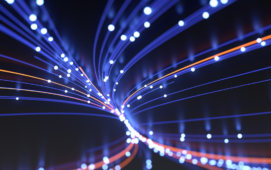