The Future is in the Memory for Tibco

I’m in Las Vegas, at Tucon, the Tibco User Conference, and it’s been a great experience. Incredibly, I am a Vegas virgin, so I indeed marveled at the re-creation of St. Mark’s Square – complete with its expansive blue sky, a canal and gondolas – all on the second floor of the Venetian. And it was a lot of fun to get to see Huey Lewis and the News perform last night at the conference party. A multi-Grammy winner with 19 top-ten hits, the band was worth every cent of the rumoured $40,000 fee they commanded. Cheap at twice the price, in fact.

News-wise, probably the highlight of the event was the announcement of Tibco FTL, the next generation messaging platform that will bring inter-application latency down to sub-microsecond.

Other notable news? Well, Tibco ActiveSpaces for sure. It’s an in-memory data grid offering that was quietly rolled out late last year. There wasn’t even a press release issued, though I hear one might be produced soon. No doubt about it, Tibco has gotten the ‘in memory’ message. At the business-oriented keynote on Tuesday, CEO Vivek Ranadive made a technology point of noting that memory prices are in free-fall, and that major players like Google and Facebook all run in-memory transactional architectures. Databases are just too slow these days, he said.

[Relatedly, SAP expects Sybase to benefit from its in-memory technology as a result of its $5.8 billion acquisition announced yesterday.]

So expect ActiveSpaces to play a big role as a high performance architecture for future Tibco offerings (such as its BusinessEvents CEP engine). That’s especially the case as it gets further developed with the addition of pattern-matching technology from the March acquisition of Netrics, and an in-memory transactional capability that came with Tibco’s (as yet unannounced) acquisition of Kabira Technologies, at the end of April. Plus, it will itself get a performance boost from adopting FTL as its underlying communications protocol, instead of the current Rendezvous or PGM.

Demonstrating ActiveSpaces at the event was Jean-Noel Moyne, a company veteran who doesn’t deal in BS. It was great to catch up with him and with other old faces, like fellow techie Chris Martha (he’s all about SOA these days), Oz-based Asia/Pac and Japan sales chief Mark Fahmy, Americas sales head Robin Gilthorpe and with company co-founder John Mathon (who has just left his techie role at Bridgewater Associates and is looking for his next big thing).

Also good to see that Jamie Bernardin and John Skovron are still on board (as, apparently, is Peter Lee) following last year’s acquisition of DataSynapse. And former employee James Powell, now CTO of Thomson Reuters, also stopped by to check on what is still an important partner. Wonder how long before TR gets the in-memory message?

END_OF_DOCUMENT_TOKEN_TO_BE_REPLACED 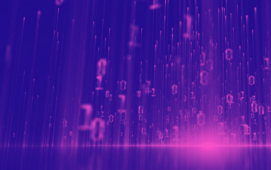