Talking Intelligent Trading with Andrew Delaney: We Are All Fintech Now

Fintech this, fintech that. It’s everywhere you turn. A bit like social media for finance just a couple of years back, whose community of tweeters and chatterers have fallen eerily silent (although tweeting is silent anyway, isn’t it?).

Sitting over a Turkish lunch in Whitecross Street with a 30-year veteran of the high-performance market data business, I suggested to my companion that he might get more traction for his new business model idea if he were to announce it as a fintech initiative. “I’ve been in fintech for 30 bloody years!,” he spluttered. “What’s new about that?”

Certainly, there’s a couple of ways of looking at fintech. The sceptic (cynic?) in me says it’s all bluster, essentially estate-agent speak, a bit like renaming the bottom of the Isle of Dogs ‘Canary South’. Talk up the fintech boom and you’re talking up valuations of a host of silly dot-com lookalikes that have no hope of progressing past the scruffy urbanista office space they’ve managed to blag up at Old Street roundabout.

Or there’s the view that this is a consumer play. Fintech it may be but it ain’t for you or I. it’s for the phones of the Millennials, who are disillusioned by banks, have no brand loyalty and want convenience, period.

And even if it’s not a consumer play, it’s a payments play. That’s where the mildly interesting action seems to be taking place, and like Bitcoin and other cryptocurrencies we’re not quite there yet as far as its applicability to our particular zone of interest (although as always we’re happy to be convinced otherwise).

But the non-sceptic in me thinks maybe there’s more to fintech than just another pie in the sky faux dot-com bubble. Chatting to a gentleman from the UK department of Trade and Investment at a breakfast briefing in the Wharf just a few weeks ago, I learned that the ‘second generation’ of fintech disruptors really have the potential of disrupting our space. It may be too early to show evidence of this happening, but you’ll have taken note of the level of interest shown by many of the big financial institutions anxious to get in at the ground floor and stepping up at a raft of fintech incubators. Many of these apps – applications, if you’re old-school like me – are aimed at the professional financial markets, with a strong emphasis on the buy side, my UKTI guy told me. They’re not merely about payments, and we’ll start to see some come to fruition in the coming months.

To that end, we hope to add a Fintech Showcase element to our next Intelligent Trading Summit (details coming soon), where we’ll invite a few select fintech disruptors to explain how their tech will, erm, disrupt. Expect to see a few grey hairs among them as this isn’t solely the domain of the young; remember you’re only as young as you feel.

Finally, our friend Ian Salmon – formerly of Fidessa and now with IgniteG2M, which helps firms with their go-to-market strategies – has been working with a few of these disruptors. He’s written a piece about funding in the space, which is worth a look if you’re looking to get some money for your big idea, you’re getting involved with an incubator, or if you’re looking to kick the tires on something new and fintech.

We are all fintech now.

END_OF_DOCUMENT_TOKEN_TO_BE_REPLACED 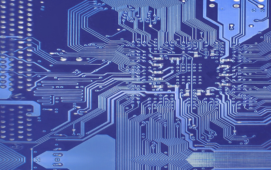 BNY Mellon and Baton Systems, a post-trade processing provider that uses distributed ledger technology (DLT), have announced a collaboration to integrate Baton’s Core-Collateral solution into BNY Mellon’s collateral management platform. This will enable mutual clients to optimise portfolio allocations and accelerate the mobilisation of cash and securities collateral across both uncleared and cleared margin obligations...