Last month’s Target2-Securities (T2S) meeting at the European Central Bank (ECB) highlighted the progress that has been made by the Corporate Actions Sub-group (CASG) and the Shareholders Transparency Sub-group in attempting to sort out the data standardisation challenges in their respective areas of connecting to the pan-European settlement system, which is due to be launched in September 2014 (see the project website here). The CASG, for example, has identified a minimum set of standards compliance requirements for European central securities depositories (CSDs) to adopt before T2S goes live in order to ensure data flows are not disrupted.

The goal of both groups is to gather and analyse potential issues within the sphere of corporate actions processing and shareholder transparency and produce dedicated business process descriptions for the T2S project team. To this end, the CASG has been liaising with a group of 22 European CSDs to gather input into its work around assessing the potential corporate actions processing issues within the ECB’s T2S system. The two groups have been working on these issues for some time and both have completed market surveys to determine the data issues underlying the various market practices in each of the European member states.

In January, the CASG launched a standards monitoring exercise to provide a gap analysis of where CSDs currently sit with regards to corporate actions standardisation. It hopes to use this information to determine a clear implementation path for T2S agreed corporate actions standards for these CSDs under the new settlement environment. The standards cover the three areas of: market claims rules, transformations rules and buyer protection rules.

This monitoring exercise, which ended on 30 November 2010, highlighted that the industry has a long way to go in terms of adopting the standards necessary to interact with T2S in a seamless manner cross border, especially in the area of buyer protection standards. In its December status report, the group notes that “virtually all markets except the UK and Ireland, are not planning any automatic buyer protection mechanism at the CSD level”. The group has also previously identified three other particular areas of concern: the model for the cross border securities and cash distributions in the context of T2S; the use of T2S dedicated cash accounts for corporate actions cash payments; and the T2S night time sequencing for corporate actions instructing and processing.

However, the December report to the ECB notes that there is hope for the future: “CSDs and their participants are getting more and more aware of the need to comply with the minimum requirements of the corporate actions on flows standards (market claims, transformations and buyer protection deadlines). Most CSDs recognise by now in the responses that they will need to comply prior to January 2014.”

In June, the group also produced its business process description document, which aims to describe how CSDs and central clearing counterparties (CCPs) will interact with T2S for settling entitlements in T2S. The document, which is now at version 0.8, covers three categories of corporate actions events: distributions, reorganisations and transaction management. The group indicates that the document will be finalised during its next meeting this year.

The Shareholders Transparency Sub-group, which is chaired by BNY Mellon Asset Servicing’s executive vice president and head of EMEA global operations Paul Bodart, is engaged in assessing the possibility of harmonised market practices in disclosing shareholders’ information in the different T2S relevant jurisdictions and legal harmonisation in this space. The group’s research thus far has indicated the vast degree of disparity between member states’ handling of this area and has therefore resulted in the decision to focus on cross border shareholder identification standards.

The group is working towards the establishment of a technical solution for the transmission of the shareholder information, which could be centralised via T2S or it could be decentralised via the links between individual CSDs. The prerequisites to going down either of these routes are message and process standardisation (the group is in the process of drawing up these standards in cooperation with Swift); and legal harmonisation (the group is feeding back data to European regulators on this subject). It is also looking to receive feedback from the industry about the possible impact of introducing these new standards in order to carry out a business impact assessment.

The next public T2S meeting will be held on 25 January in Frankfurt – find out more here.

END_OF_DOCUMENT_TOKEN_TO_BE_REPLACED 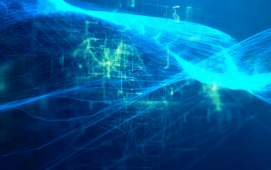