Swift has appointed Michael Cheung as its new head of North Asia, responsible for all commercial activities in North Asia, covering Greater China, North and South Korea, Vietnam and the Philippines. He retains his responsibilities as head of China at Swift in Beijing, where he was tasked with expanding the influence and impact of Swift on the financial industry in China across the banking and securities sectors.

He will share his time between Beijing and Hong Kong and reports to Ian Johnston, chief executive for Swift Asia Pacific.

With more 20 years’ experience in the financial industry, Cheung became Swift’s head of China in 2007. He first joined Swift in Hong Kong in 1992 with responsibility for sales in Asia Pacific. In 1998, he set up Swift’s Beijing office and has been the chief representative since then. In 2003 he returned to Swift Hong Kong to head the commercial team and work on the Hong Kong RTGS and various payment systems projects in the region.

Before moving to Swift, Cheung worked for several multinational IT companies in Hong Kong, where he held sales and marketing positions focused on the financial services industry.

He replaces Neil Stevens, who has been head of North Asia at Swift since August 2006 and now returns to a senior management role at Swift’s headquarters in Belgium.

END_OF_DOCUMENT_TOKEN_TO_BE_REPLACED 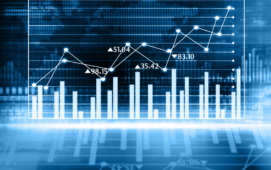 Peter Serenita, a pioneer of the CDO role and a popular speaker at A-Team Group’s  Data Management Insight Summits, has retired after a distinguished career spanning more than 20 years in capital markets data management. In a LinkedIn post early this week, Serenita wrote: “Well, the time has come. I have officially retired. I have...