Reference data is a challenging business, and while it is part of Swift’s strategy, the co-operative is taking a “very cautious” but “intelligent” approach to the space. So says its chief executive officer Lázaro Campos in a wide-ranging and frank interview with Reference Data Review’s sister title A-Team IQ this month.

As has been well-documented in Reference Data Review, the co-operative is seeking to build on its reference data franchise as the registration authority for the BIC, creating a reference data repository on Swiftnet, extending the BIC to cover collective investment vehicles (with codes called CIVICs) and seeking to carve out a service for standing settlement instructions.
In the interview, Campos makes it clear he thinks reference data is an area in which Swift should look to work with appropriate partners to maximise its chances of success. He says Swift needs to “learn its lessons”, and refers back to its experience in the FIX messaging business: having launched its FIX proposition – envisaged as enabling end to end messaging solutions by allowing participants to send FIX messages via a hub on the Swift network – with some fanfare, volumes were disappointing, and the co-operative ultimately partnered with FIX specialist Ullink for the operation and maintenance of its FIX business. “Our experience with FIX is a good example of the path we need to follow in areas such as reference data. The partnership between Swift and Ullink is working well. We need to find partners; let’s co-operate,” Campos says.
On the reference data side, Swift has already partnered with entity data specialist Avox to help it with its ongoing project to clean up the BIC database (Reference Data Review, July 2007). It is understood that in October Swift and Avox will announce they are beginning work on the CIVIC project. Campos also wants to pursue the partnership route for SSIs, Swift’s next reference data “target” after BICs and CIVICs.
SSIs are “a huge headache across equities, fixed income, cash, FX – everything”, Campos says. “Billions of dollars are being spent because everyone is maintaining their own databases. Some players have figured out some of the problem – Omgeo, the custodians – but the asset managers still say they do most of the work, and they don’t want to. It would be good if the only thing anyone had to worry about was their own SSI.”
Swift has been here before, he concedes – “10 years ago we tried to create a service using FIN messaging to drive the data to a database, but it was a feeble effort and it failed”. The co-operative is now pursuing a different approach. “The market wants a solution,” he reckons. “They would like Omgeo and Swift to collaborate on a way to handle SSIs that minimises cost and emphasises quality. They would like us to build a set of standards and create a simple framework for SSI data.”
There is a good deal of scepticism in the marketplace about whether a collaboration between Swift and Omgeo could ever actually be achieved. And Campos is under no illusions that such a partnership, between a co-operative and a commercial entity with an existing business in the SSI space (through Omgeo Alert), will be easy to secure. “This will be a long and painful process, because there are a lot of vested interests in the marketplace,” he says. “But no single company has the key to a complete solution, and could create a single framework to handle SSIs. Can we agree that there is a problem, and recognise that none of us individually has a total solution?”
Swift will play to its strengths and work first with the customer segment to which it is closest – the custodians. “We will build a proposition for the custodians, and then the future could include striking a deal with Omgeo,” Campos says.
The Q4 issue of A-Team IQ also includes an interview with Marianne Brown, the CEO of Omgeo. She too is pro-partnerships. They work, she says, “where they make possible end to end coverage”. “The most important thing when you are interrogating the value of potential partnerships is that if one party has one competency and the other has another, you don’t replicate either one of those. We would be open to discussions with entities, some commercial, some non-commercial. We are always going to be open to those discussions, and even periodic refreshing of them, because markets change and we should always be ready to listen.”

END_OF_DOCUMENT_TOKEN_TO_BE_REPLACED 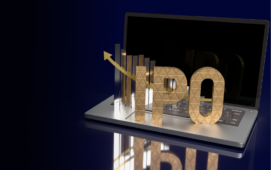