Last week witnessed the continuing evolution of a new standard for the identification of legal entities across the financial markets with the publication of the Sifma led coalition of associations’ feedback on the subject to the Office of Financial Research (OFR). But will it be just another standard to add to the many that the industry has to cope with? What about Swift’s ambitions in this space, given its recent selection by ISO as the registration authority for its legal entity ID?

Swift has recently highlighted the standards problem in its ‘Standards Messaging Landscape’ document, which aims to cover everything from payments messaging standards (the traditional remit of Swift) right through to the rather patchy standards in the commodities landscape? The 63 page, Swift penned paper highlights just how complex the financial services standards landscape really is, by indicating the level of development and coverage of each standard, or standards initiative, across the market.

Each section highlights the various high level stages of the instrument (or sector specific – across a number of related instruments) lifecycle and the related standards that cover these processes, such as FIX messages for the FX pre-trade space and MX messages on CLS and MT messages for the clearing and pre-settlement space in this market.

The ‘securities’ section, which covers equities, fixed income, listed funds and listed derivatives, obviously references the investment roadmap initiative, which was launched back in 2007 in cooperation with a group of standards bodies, Swift and industry associations. The group has thus far managed to identify the points of interaction or “peering” points between different standards in the securities market. The focus is now on the more difficult part: the development of a common data dictionary and improving interoperability between these individual standards. Hence nearly all of the sections in the high level standards landscape diagram have a symbol indicating standards development work is in progress (see page 23 of the document).

The document is also a handy guide for the Swift exec committee in plotting their next targets for expansion, in line with the industry network operator’s more aggressive 2015 strategy. Swift has already made a beeline for Omgeo’s sweet spot in the post-trade matching space and much noise has been made about its ambitions in the standing settlement instruction (SSI) space, but where next?

Perhaps the most telling indicator with regards to this is the symbol representing the ‘potential’ for standards development that has been identified by Swift in its landscape diagram. The biggest circle by far (the bigger the circle, the bigger the potential) is the one situated in the reference data section. Given that Swift has just been selected as the registration authority for the new ISO draft legal entity standard and it has already hinted at its serious interest in the securities reference data space overall , one can rightly expect this to feature heavily at this year’s Sibos and within upcoming strategic initiatives.

In fact, when I spoke to him last week, Swift’s senior product manager Paul Janssens noted that “further developments” in the reference data space could be on the cards in the near future. After all, the registration authority that the OFR selects will have the prime opportunity of offering compatible and value added reference data services to the market. As we all know, nothing fosters as much commercial opportunity as a regulatory mandate…

For now, the activities and opportunities listed in the reference data space by Swift in the document include:

So, SSIs, the developments around the OFR, T2S and tax processing are all on the agenda.

But, turning to the legal entity standard for a moment, there is a clear and present danger that its introduction may not help the industry or the regulatory community in achieving its end goal of tracking systemic risk. That’s why industry feedback on the subject is vital in guiding the regulatory community in the right direction, especially given the tight timelines. This imperative is being stressed by the associations involved in developing the new legal entity ID – and they are very keen to receive feedback on their draft requirements for the standard via the email address LEIresponse@sifma.org.

As for Swift, the other areas of opportunity it notes in its landscape assessment are in the portfolio admin and asset management spaces – keep your eyes peeled for upcoming developments related to these this year.

END_OF_DOCUMENT_TOKEN_TO_BE_REPLACED 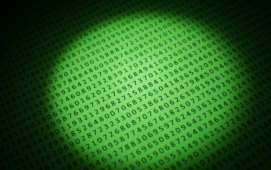