Leading the combined business is Mike Chinn, former president and CEO of SNL Financial. He is joined by chief operating officer Nick Cafferillo, who held the same position at SNL Financial and now takes charge of data and content, client support, product management, technology and the project management office, functions which have all been centralised in a restructure of the combined business.

S&P Capital IQ + SNL Financial says the September 2015 departure of Rui Carvalho, managing director of enterprise solutions at S&P Capital IQ for eight years, was not related to the merger and declines to comment on other leavers. Carvalho has since taken up the post of senior vice president of global information services at Nasdaq. Lou Eccleston, who led McGraw Hill Financial when it was formed in 2010 and went on to become president of S&P Capital IQ and chairman of the board of S&P Dow Jones Indices, left the company in July 2014 and became CEO of the TMX Group in November of the same year.

Commenting on the appointment of Chinn as president of S&P Capital IQ + SNL Financial after the acquisition, Douglas Peterson, president and CEO of McGraw Hill Financial, said: “Placing this business under the leadership of Mike Chinn, a dynamic, hands-on executive, best positions the business to capture exciting opportunities in the global markets we serve. As we’ve gotten to know SNL, we quickly realised that along with an outstanding business, we were also getting an extraordinary leader in Mike Chinn.”

In terms of the structure of the combined business, S&P Capital IQ + SNL Financial say the aim is to support the company’s goal of emerging as a market leader in growth, profitability, client satisfaction and employee experience. It states: “In many cases, existing teams will remain in place, reporting to the same senior leader. In other cases, we are combining teams under a new single leader or co-leaders of a particular function. In all cases, we have preserved the institutional knowledge to enable strong short-term execution while positioning to drive innovation and commercial success as we evolve.”

Overall, the acquisition adds about 3,000 SNL Financial employees to around 7,000 at S&P Capital IQ, and extends S&P Capital IQ’s financial information services. Announcing a definitive agreement to acquire SNL Financial back in July 2015, Peterson said: “We are enthusiastic about SNL because it is a fast growing, highly complementary subscription based business that will enable use to accelerate our strategy to be the leading provider of transparent and independent benchmarks, analytics, data and research across the global capital, commodity and corporate markets.”

END_OF_DOCUMENT_TOKEN_TO_BE_REPLACED 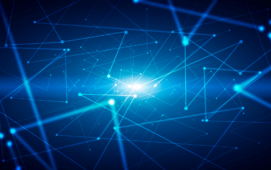