SmartStream Planning to Add Entity, Corporate Actions and Settlement Instruction Data to DClear in the Future

There may be some debate about SmartStream’s future ownership at the moment, but the vendor is not about to let that hold back the development plans for its reference data utility solution DClear, according to David Penney, executive vice president of strategy and product development at the vendor. SmartStream is currently working on adding more instrument data to the platform to add to its current offering and, further down the line, is keen to add entity, corporate actions and settlement instruction data to the mix.

First revealed in an exclusive with Reference Data Review back in May 2008, the reference data utility solution has since picked up two clients in the form of one buy side and one tier one sell side institution and has increased its instrument coverage to around 3.5 billion instruments on its database. The vendor is also adding new data items on a continuous basis such as new instruments and exchanges in order to increase its appeal to the market.

To facilitate all of this, it has created an internal data platform, which sits alongside its data dictionary, to collect data from multiple sources. It has also added algorithms to its data hub in order to check for data completeness and correctness, such as checking that dates and times are correct for specific countries in terms of valid working days. “This is with the goal of enriching the data that we provide so that we can fill in any missing dates and create reliable records for this data,” says Penney.

As well as focusing on improving the DClear platform, the vendor has opted to include a sub-set of DClear data in the rest of the SmartStream portfolio of products. The plan is to develop a joined up approach to the reference data space by linking the exceptions focused solution set with the utility’s data repository. “This is to have a clean set of reference data from source,” explains Penney. “We hope to have completed this by the third quarter of next year.”

Penney believes that the plans for the development of a central reference data utility driven by the regulatory community, as indicated by the US Office of Financial Research and the discussions of the European Central Bank, will not have a negative impact on DClear. The development will likely be a slow burn, in his opinion, and firms will need to continue to cross reference data items for some time to come.

In the meantime, SmartStream will be pitching its utility as a means to navigate the complex world of instrument reference data and, potentially in the future, entity, corporate actions and settlement instruction data.

Moreover, the vendor may not have exhibited at this week’s FIMA conference, but it was the subject of a number of conversations on the show floor. Rumours were flying about the new recruit that has been hired to replace John Mason who left earlier this year to join data management outsourcing solution vendor Netik. Rumour has it that GoldenSource exec Hugh Stewart will be joining in the near future…

END_OF_DOCUMENT_TOKEN_TO_BE_REPLACED 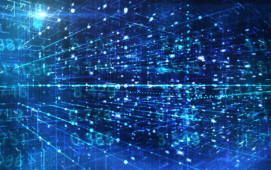 Alveo, has extended its commitment to open source technologies with the release of Delta, a data distribution capability. Delta uses the latest cloud latest cloud technologies to accelerate the deployment of market data sets into business user workflows and business applications, and is an integral part of Alveo’s data management suite, which includes Prime data...