SIX Financial Information has set up an evaluated pricing valuation team in Frankfurt with a view to expanding its coverage of European assets and improving support for European clients. The team has four staff, with a fifth due to join shortly, and adds to existing teams of evaluators in Denmark and Stamford, Connecticut.

According to Ian Blance, head of business development for evaluated pricing at SIX Financial Information, “We decided last year that our evaluated pricing strategy needed a team in Europe, so we set one up in Frankfurt late last year. We had been covering fixed income and some OTC derivates, but with the Frankfurt team in place we can add more of these types of products and carry out required market conformity checks.”

The team is already covering more instruments and Blance hopes the extended service will satisfy not only existing customers, but also attract new ones. He says: “In Europe we see an increasing requirement for external checks on valuations that are defensible. We will cover more and more instruments in a defensible fashion.”

The Frankfurt team will also assist European clients, responding more quickly to their questions and collaborating with the team in Stamford and evaluated pricing consultants in global financial centres.

END_OF_DOCUMENT_TOKEN_TO_BE_REPLACED 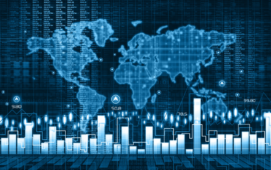 An Economic Era of Data Democratisation?

By Shai Popat, Managing Director, Global Head Product and Commercial Strategy, SIX. We have all heard the much used phrase ‘generational shift’. As with so many phrases that regularly feature in our industry, the phrase means different things to different people. The next generation of wealth management clients are more tech savvy than ever –...