With the growth rates of Reuters Datascope business “turning heads” internally, its manager has now been charged with taking over Reuters’ real-time data feeds business which will be merged with the reference data business under the “Reuters Enterprise Information” banner.

The move marks recognition by Reuters of the way its clients are increasingly doing business: by taking an enterprise-wide approach to data management. It also indicates, at last, a willingness to enable clients to leverage their investment in front-office data systems – Reuters’ stronghold – to extend the use to other functions within the financial organization under a single commercial policy.

The primary focus of pulling together Reuters’ data feed businesses into one group under a single manager, Kevin Bradshaw, is to streamline the commercial terms and pricing structures for clients based on their use of data, rather than the delivery mechanism they use to access the data.

Bradshaw says, “Customers are saying that they see lots of benefit in using Reuters from the front-office through to the back-office as it gives them the consistency of data that comes from using a single source. This has been one of the catalysts for us to start to consolidate all data feed assets into one coherent business unit. We will be offering consistent marketing messages, and commercial policies, and will be rationalizing the number of delivery platforms.

“The direction we’re taking is that regardless of what delivery architecture customers are using, be it a real-time feed, Datascope, or Reuters Online, they will be able to use our full range of data under consistent commercial terms. The aim is to make it easier for the customer to do business with us.”

This driving factor was highlighted as one of the key findings in a recent survey of 100 reference data and IT managers, conducted by A-Team, publisher of Reference Data Review and commissioned by Reuters. According to the survey Reference Data Now: Business Drivers and Approaches to Data Management, 81% of respondents believed that savings and efficiencies could be gained from rationalizing data sources across the front to back office, and 64% said this approach was part of their current data management strategy.

Bradshaw’s Enterprise Information group, which resides in Peter Moss’s Enterprise Solutions group (see RDR’s sister publication A-Team Insight for a recent interview with Moss), encompasses three groups. Reference and pricing data, based on the Datascope product line, will be run by former operations head Gary Barr, who was joined from CSFB last year. Real-time data feeds, including Selectfeed Plus, will be run by a new but as yet unnamed appointment following Peter Lankford’s departure. And Reuters Online, which offers content and technology for clients’ retail web portals through its Reuters Investor product, will be run by Camilla Devilliers.

The Enterprise Information business was launched three years ago to focus on Reuters’ Datascope product line when the company realized the potential of the mid and back office for reference data services. Although starting from a relatively small revenue base (£24 million in 2003), the business has enjoyed growth rates of between 40-50% and has been singled out by Moss as one of two exciting businesses in his group (including risk management). As such, says Bradshaw, Reuters is investing heavily in the business.

Over the past few years, the team has expanded and Bradshaw says many new hires are now coming from the customer environment which gives them real market experience.

As well as working on streamlining the commercials and pricing structure, Reuters will be working through the year on a series of enhancements to its delivery infrastructure and content.

Bradshaw acknowledges the problems over the past year with network outages and the uncertainty over the future of Reuters’ Integrated Data Network (IDN). But he says over the last quarter and in coming quarters, Reuters will be focusing very hard on upgrading and investing in business continuity and disaster recovery.

On specific plans for the delivery of enterprise data, Bradshaw says, “Reuters currently has different delivery systems across different data sets but no single mechanism for reaching across all of Reuters’ data repositories. This is an issue that has held back our ability to develop our services and to satisfy the broadest needs of our customers.”

As such, Reuters is now working on a (somewhat secretive) plan to develop a “far superior platform that will provide faster retrieval times, increased breadth of content, and increased administrative and data consumption control,” says Bradshaw.

The new delivery capability, requiring heavy investment, will fit with Reuters’ strategic architecture plans. Bradshaw says there are no plans to force customers to the new infrastructure, but he expects there will be a natural migration of customers from older platforms to the new platform. No details or timeframe are being made available yet but watch this space.

Regarding the content enhancements, European data is a key focus for the group, particularly evaluated pricing. Reuters entered the evaluated pricing business proper through its acquisition of Bridge in 2001, where it picked up the former EJV business.

To help in this endeavour, Reuters has hired a team of data analysts to “fine-tune and cleanse the data to generate high quality pricing for the European market”.

Bradshaw acknowledges that it will face stiff competition from more established players in this space like IDC’s FT Interactive Data and Standard & Poor’s. But he says, “Reuters is no stranger to pricing services as it is our core competency in the real-time business and so we can extend this to the intraday market also.”

Another content initiative is based on the EU tax directive. Reuters is working to enhance its database with codes and flagging to mark instruments and funds applicable to the new regulations and to provide guidance on their treatment (ck).

END_OF_DOCUMENT_TOKEN_TO_BE_REPLACED 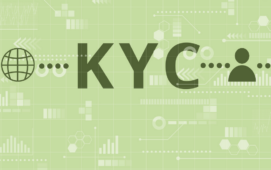 Getting Real About Perpetual KYC

Perpetual KYC, or pKYC, has the potential to revolutionise financial crime compliance. But practitioners and vendors need to be realistic about what can be achieved. It is easy to see why financial institutions are enthusiastic about pKYC. A new report by PwC suggests banks can reduce their KYC costs by up to 80% across the...