Dublin-based integration vendor PolarLake has packaged up a reference data distribution solution, PolarLake RDD, which has already been deployed by a global asset manager. PolarLake RDD is designed to meet the requirement for the distribution of reference data in sell side, buy side, custodian and fund administration businesses, being implemented alongside solutions from EDM vendors like GoldenSource, rather than replacing them, according to PolarLake CEO John Randles.

PolarLake has also implemented a patented way of managing business rules more intelligently, enabling it to implement what would have been 10,000 business rules in 1000, leading to a 75 per cent reduction in the time taken for implementation – down to four months from a typical 12 months – and requiring 80 per cent less resource, he says. “For this project we had one PolarLake consultant on site for four months. For typical integration projects the resource requirement would be far greater.”

Randles says PolarLake is not seeking to become an EDM vendor – rather it is “still an integration company providing a specific application for a specific integration requirement”. “Companies like GoldenSource, Eagle, Asset Control and TAP concentrate more on feed capture and cleansing. They don’t specialise in integration but their projects will get bad press if there are integration problems. We sit on top of an EDM solution and take its golden copy and provide the last mile of integration,” he says.
The vendor is also looking to work not only with financial institutions that have implemented commercial reference data solutions, but also those that have built securities master files inhouse, Randles adds.

END_OF_DOCUMENT_TOKEN_TO_BE_REPLACED 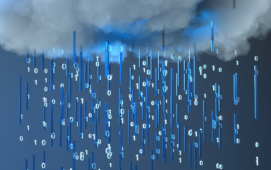 French asset manager Financière de l’Arc has extended its relationship with NeoXam by subscribing to the vendor’s ‘as a service’ offering to host and manage its NeoXam Portfolio Management System (PMS). The relationship began in 2011 after Financière de l’Arc chose NeoXam PMS as its core system for order management, position-keeping, compliance and NAV validation....