Opinion: LEIs – The Need for a System

On 15 October the finance ministers and central bankers of the G20 economies issued a communiqué that said: “We underscored our support for a global legal entity identifier (LEI) system which uniquely identifies parties to financial transactions with an appropriate governance structure representing public interest”. Note that they support a “system” – not a standard, whether that’s an ISO standard or otherwise.

We should now see an even more serious discussion start about LEIs, because at last the issue of having an appropriate system in place is getting the backing of governments and regulators. And the issue of governance is been brought to the fore as well. An LEI “system” is not just about banks. We have to remember that many brokers are not banks, investment managers aren’t banks, most issuers aren’t banks – so having governance of an LEI system that is used by the financial community as a whole will be a new challenge for the industry to face.

Associated with the proposed new ISO 17442 standard for LEIs will be a registration authority that will be expected to keep a database of all of the LEIs and the legal entities that they relate to. However, that simple database is not the same as an LEI “system” that the market needs, as that will have to include cross references to all of the other identities that each entity may have. The former is a simple database of ISO LEIs – the latter is a value added commercial service for the market.

At last week’s World Financial Information Conference (WFIC), organised by FISD in San Francisco, one topic that came up in the off stage discussions among the 400 or so people who attended was the governance of an LEI system. A point that was raised was that, whichever organisation may be selected as the registration authority for ISO LEIs, that organisation should be excluded from providing a value added ”LEI system” that market participants, market regulators and the G20’s finance chiefs want to see implemented. The level playing field of normal commercial competition would be tilted too far if one organisation was given such a global monopoly on reference data that will be vital to every market participant in the world.

A “system” today no longer means a single central computer that everyone has to link to, like the Master Control Program in Disney’s “Tron”. The public internet grew because of its federated approach to sharing resources – not because all of the information that it makes available is held by one vendor. Interlinking the information from the national authorities that are legally responsible today for identifying legal entities within their regimes is something that most market participants would expect: in fact, the man in the street and the end investor would probably think that the financial world had already done this because the need is so obvious. We do it for stock exchanges and derivatives exchanges: why can’t it be done for the national registration authorities for legal entities?

Issuing identifiers for legal entities is currently a role that is typically the responsibility of national government departments, as is issuing passports, registration numbers for vehicles, etc. It is hard to believe that the finance ministers of the G20 economies, in confirming their strong support for an LEI system, meant that they wanted a new single-vendor commercial system for the whole world. For them, a “system” is more likely to be a solution that brings together and aggregates what their government departments already do, allows market participants to access and share that information more easily and more intelligently, and allows for natural competition in added value service provision that is also in the interest of all market participants.

END_OF_DOCUMENT_TOKEN_TO_BE_REPLACED 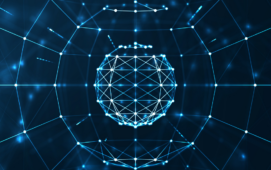 By Matthew Hodgson, CEO of Mosaic Smart Data. Harnessing the data explosion has become one of the biggest challenges facing capital markets participants today. With such massive amounts of data – all sourced by different methods and stored in different locations across the institution – the challenge can sometimes feel insurmountable. The benefits that come...