Despite some dramatic events in 2010, the global banking system was able to hold steady. Since the economic crisis took hold, the majority of banks have invested heavily in back office systems in order to tighten their financial control, yet the spotlight remains firmly on the City. Paul Myner’s assertion that Lloyds and RBS should be split into separate retail and investment banking entities has reignited concern amongst the banking community that such a move could, in time, be industry-wide.

Any legislation that enforced such a move would be considered very bad news for the industry.

Retail banking is all about high volumes of relatively low risk transactions, but it is not where the big money is to be made. Investment banking, with its high risks and high rewards represents the best opportunity for profitable growth. Yet, it is also where the credit crisis stemmed from.

To avoid being forced to split at a corporate level, banks are reviewing what can be done to stave off such a move and with it a return to the restrictive days of Glass-Steagall (or its modern counterpart). It is becoming clear that in order to defend their position proactively, much more rigorous and transparent reporting, risk analysis and financial controls are required. Put simply, banks need to move from a position of being considered ‘too big to fail’ to showing that actually they are ‘too smart to fail’.

Whilst a lot of investment has rightly been made in the back office to tighten financial transparency, the control loop has yet to go full circle. This is starting to change as investment moves into the middle and front offices. The ultimate goal is to integrate finance and risk. This is a significant challenge, but one that can pay dividends. The key is knowing where to start.

Step One: Identifying Your Bank’s ‘Too Big to Fail’ Risks

Regulatory bodies around the world are keen to show that tangible progress has been made.

On the surface recent European stress tests – criticised by many for not being robust enough – proved the industry is, in the main, moving in the right direction. However, weeks before these tests were conducted, the Portuguese, Italian, Greek and Spanish financial crises still sent shockwaves through London, as banks struggled to understand their exposure and risk. It is events like these that demonstrate the importance of using technologies that support transparency and control.

If this review shows that a bank can’t ‘see’ information around liquidity and risk because that information is buried in the complexities of financial instrument creation, or because siloed parts of the business keep information locked away, it’s a sign that greater transparency is needed. A separate challenge lies in the technology underpinning most banks. The majority of the world’s largest financial organisations still run on legacy systems. In many cases these represent process black holes and certainly systems that many CIOs do not want to risk their careers replacing n the short term. For risk to be properly understood and managed, these must be exposed. The business simply can’t make smart decisions about regulatory reporting processes without a clear and consistent view of risks across the global organisation.

Delivering standard, transparent and extendible finance and risk data management requires a significant change in approach. One thing is for certain, IT will be at the centre of the revolution.

The changes that need to occur have to happen at a process level. Ensuring that good governance is adhered to across the entire enterprise is absolutely critical if a bank is to report on its financial exposure accurately. After the financial crisis hit, most investment was focused on the back office and ensuring that accounting procedures were up to scratch. However, focus is now shifting to how these guidelines can be extended to the front office. The ideal is that as soon as a trade is made, it’s immediately logged and accounted for at the front end. Such proactive management and financial control can only be achieved, and sustained, if business processes are determined in an automated environment that allows IT and business users to collaborate.

Step Three: The Rise of the Product Controller

The role of the product controller is sometimes difficult to define, but within banking it’s becoming an increasingly established role that has many common threads. Ensuring that all aspects of each and every trade are understood, captured and processed according to its economic intent is key. In a constantly changing market and regulatory environment, there is a significant requirement to ensure that valuation processes are reliable, flexible and that the agility exists to change processes in a way that is transparent and fully understood.

Operating at the coal face of the finance function, product control needs to be able to provide a clean, cost effective and risk controlled approach to delivering real-time analysis and process control for trading operations that exist within a larger framework.

Shifting a bank’s regulatory and reporting strategy isn’t easy, but it has to be worth the challenge. By assessing, implementing and benchmarking systems that support greater control, transparency and risk reporting, banks can demonstrate to regulators, shareholders and the public alike that they are ready to take on the challenges of the new operating environment.

END_OF_DOCUMENT_TOKEN_TO_BE_REPLACED 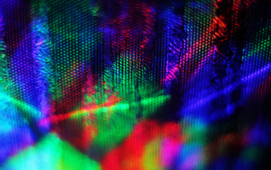