A couple of weeks ago, the Basel Committee on Banking Supervision (BCBS) issued their second annual progress report on the adoption of the Committee’s Principles for effective risk data aggregation and risk reporting (BCBS 239). Published in 2013, the Principles aim to strengthen risk data aggregation and risk reporting at banks to improve their risk management practices and decision-making processes. The 31 firms designated as global systemically important banks (G-SIBs) are required to implement the Principles in full by 2016.

The report reviews banks’ progress in 2014 and updates a 2013 self-assessment survey completed by G-SIBs, other large banks and their supervisors. The revised survey was shortened from the 2013 version, focusing on the issues considered as “essential and/or critical for compliance purposes” and those where self-reported performance was weak in in 2013.

Even filtered through the objective, analytical writing found throughout the report, the news is not good. The headline: Of the 31 participating banks, 14 reported that they will be unable to fully comply with the Principles by the 2016 deadline, compared with 10 G-SIBs in 2013. BCBS reached several key conclusions based on the survey:

– Overall, there were only minor improvements in average ratings.

– Many banks continue to struggle with the establishment of strong data aggregation governance, architecture and processes and in addition “fail to recognize that governance/infrastructure Principles are important prerequisites for facilitating compliance with other Principles.”

– Many banks actually downgraded their scores in governance (P1), infrastructure (P2) and risk data aggregation (P3-P6), citing factors such as project delays, project complexity, and “scope creep” once the full impact of the regulation was understood. 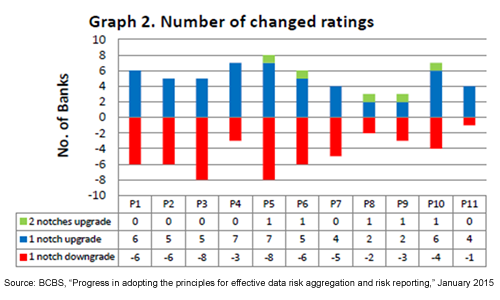 The report provides details on the results for each of the 11 Principles, including challenges and potential strategies for compliance, well worth reviewing.

It is clear from the document that BCBS is concerned about both the reported slippage against the January 2016 deadline and the significant likelihood that things may get worse: “Regarding the compliance date, the results of the 2014 questionnaire raise some concerns that banks intending to comply by the January 2016 deadline may be overly ambitious… it would appear that a number of firms will find it difficult to fully comply with the Principles by 2016, judging from a review of the work that remains to be done.”

END_OF_DOCUMENT_TOKEN_TO_BE_REPLACED 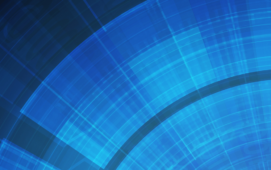