Opinion: 20 Points on the LEI Initiative

1. There was a rush to pass legislation in the US after the onset of the financial crisis

2. The legislation was written piecemeal as you would expect since the financial industry itself is “piecemeal”, that translates into silos of business and piecemeal/silos of understanding

3. The legislation does not hang together just like the big financial institutions don’t hang together because no one, with few exceptions, knows all the pieces let alone how they interoperate internally and externally. No indictment here, just the reality of the circumstance of their evolution

4. The LEI was supposed to be the third catalogue (a business entity catalogue) that the US Treasury’s new entity, the Office of Financial Research  (OFR) would need, alongside catalogues of financial institutions and financial instruments, to gather data for systemic risk analysis. Anyone who has ever built any software in a financial services firm knows that is a necessary third pillar of all financial systems – identities of the customers to go along with the identities of products and the financial intermediaries conducting trades and processes between both.

5. That the LEI catalogue was not in the final legislation is a story onto itself that I will not tell now, suffice it to say it was left out and the OFR figured a way to get it done by punting it to the “industry”.

6. The global financial “industry” at the time of the crisis did not exist in any organized form. For decades we went along doing things within sovereign government jurisdictions, even within multiple regulatory agencies’ jurisdictions within single countries.

8. Since we did not have a global identity system for financial market participants, some tried and failed, and we did not ever come together on any issue globally even though we tried (the Basel Capital Standards is the best we have done so far) the OFR tried to force it out to the global community to come together to do this.

9. The rule making around the legislation asked for communities of interest i.e. the “industry”, to come together on how to implement this LEI catalogue since it wasn’t part of the Dodd-Frank legislation.

10. My company had been working on this issue for a long time as a private sector initiative and had all the right players at the table so we motivated them to take on the legislators’ and regulators’ call as an “industry” to take on the task of the LEI. They truly represented the global financial industry as some of its largest global financial firms, standards bodies and infrastructure institutions.

11. The call from the US Treasury and the staff of the agencies involved in the LEI went out in late 2010 to come together as an industry to tackle the LEI initiative in partnership with the US governments’ regulatory agencies.

13. This informed our response to the US agencies solicitation of interest on this issue and we proposed our approach in early 2011 as we now have to the Financial Stability Board.

14. Others decided to go their own way and the SIFMA-led process was born.

15. The US Treasury’s Office of Financial Research had speculated that if the industry could come together by mid-2011 they would mandate use of the LEI standard and appoint some facilities operator to do the job.

16. Realistically the OFR had no sway over other sovereign regulators in their own countries or regions and the reality was that this needed to be done globally.

17. At the time, the SIFMA-led process rushed to get a solution to the OFR, driven by a false assumption that they had the OFR’s blessing and that the solutions providers they chose would be given the mandate.

18. The OFR did not give anyone that mandate, actually until the Director is appointed which still hasn’t occurred, the OFR has no authority to do so, so they simply punted the LEI initiative to the G20s Financial Stability Board where it was always intended to be.

19. The diligent and patient work of defining and then procuring an LEI solution is now being conducted in a less frenzied and more thoughtful way at the FSB.

The date of June 2012 for a “recommendation” to the G20 is only expected to lay the groundwork for the normal process of building global information systems and the attendant operational processes and, of course, the geo-political consensus that is required.

END_OF_DOCUMENT_TOKEN_TO_BE_REPLACED 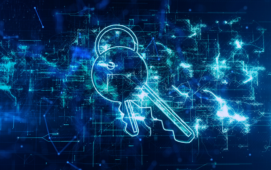