Now is the Time for Reference Data Collaboration, TowerGroup Says. But is it Really?

When it comes to reference data, TowerGroup has something of a reputation for spotting a trend just as it is about to become a major industry focus. Statistics from the analyst’s first major report on the subject in 2001 and its updated iteration in 2005 are still liberally cited by industry commentators in print and on the conference circuit. So its latest publication on the subject – a “viewpoint” put together in October and released earlier this month, entitled Collaborating on Reference Data: Is Now the Time? – inevitably attracted some attention.

The view of its author, senior TowerGroup analyst Matthew Nelson, is yes, now is the time. The appetite is there for industry participants to collaborate on reference data that is commoditised, he reckons, and he warns that while “the cost to move forward will be significant”, “with the securities business growing ever more complex, the cost of inactivity would be far greater”. So has TowerGroup once again correctly taken the pulse of the industry when it comes to reference data?

To support his argument that the industry is now pro-collaboration, Nelson draws heavily on the views of the audience that attended a reference data session at Swift’s Sibos conference in Sydney last year – a session he himself chaired (Reference Data Review, October 2006). Some 75 per cent of delegates said collaboration on reference data is desirable (though this includes the 25 per cent that said it was desirable but not feasible).

The validity of this audience’s views as a yardstick for the opinion of the securities industry in general is somewhat questionable: as always at Sibos, a good proportion of the speakers and listeners in the session were payments rather than securities practitioners. It’s also worth noting that the aim of the session from Swift’s point of view was to establish whether it might have a mandate to lead collaborative efforts around reference data. The co-operative got a big endorsement for its aims in the payments industry, but considerably less of one in securities.

That said, the notion of collaboration around common areas of reference data does seem to be gaining ground at the moment. Indeed, one Reference Data Review source – in contemplative mood after the FIMA 2007 conference in London in early November – was only recently musing to us how interesting a piece of research would be that sought to calculate industry-wide spending on overlapping pieces of data, and determine how much could be saved if a collaborative approach were introduced.

The TowerGroup paper suggests the industry should kick off its collaborative efforts in two areas – securities identification and corporate actions. In his discussion on the former, Nelson rehearses the well-known – but nonetheless problematic for that – shortcomings of the existing “standards” for securities identification, and points out how much better it would be for all concerned if there could be a single, universally adopted and fit for purpose identifier for all instruments. An unarguable point. The problems that arise from the fact that the ISIN, though originally conceived as a universal securities identifier, has failed to become one were recently thrown into new relief when its limitations necessitated the creation of a new “alternative instrument identifier” (AII) for certain derivatives to facilitate transaction reporting under MiFID.

Nelson agrees with what he says is the “consensus opinion” in the industry “that a combination of the ISIN, the official place of listing and a register identifier (denoting where legal records of security ownership are held) would create the widely sought-after unique identifier”. ”We urge the industry to adopt this approach,” he says, “and find a suitable party to administer the repository.” Would it not be useful to make some suggestions as to who the “suitable party” might be?

Additionally, the AII fiasco notwithstanding, it does seem that in the current environment, with risk and compliance so high on the agendas of financial institutions, the issue of counterparty/entity identification is a hotter one than that of securities identification – although in fairness Nelson does suggest that the best way to make collaboration work is to start with the simplest data issues and score some quick wins to establish confidence in the model.

That said, the other area Nelson suggests the industry focus on for collaboration – corporate actions – is notoriously far from simple. In a slightly curious paragraph, he writes: “TowerGroup believes that at the very least, a centrally issued, unique identifier for corporate action events should be developed through collaboration.”

If each of these announcements included the same unique identifier for the event, then the firms could eliminate wasted reconciliation efforts and costs,” he adds.

How this identifier would benefit firms isn’t entirely clear, since even if it did enable firms to confirm that two events with similar but slightly different characteristics were one and the same event, the task of determining which had the correct characteristics would presumably remain.

Nelson goes on: “A bolder initiative might be to develop a single, central database of corporate actions events, using issuing corporations, custodians and local agents as contributors.” He doesn’t, however, mention efforts already under way on both sides of the Pond to involve issuers in the standardisation process – ie to get them to issue event details in a standard format to ease downstream processing. Nor does he acknowledge that often the biggest problems with corporate events originate in markets that typically fall outside the easy reach of industry collaboration.

Again, it is disappointing that TowerGroupstops short of suggesting which body should be prevailed upon to co-ordinate industry collaboration around commoditised reference data.

There is another elephant in the room here. Nelson does point out that securities firms themselves are not likely to be keen to collaborate in any area they consider to be of competitive advantage. But market participants are not the only ones with vested commercial interests to consider. The large and flourishing data vendor community is unlikely to be overjoyed at the prospect of the industry collaborating to create and maintain central repositories of the kinds of data that it currently makes a handsome living out of selling to each firm in turn. As our source pointed out, one difficulty of getting research into the industry’s overlapping spending on data off the ground might be to find an entity prepared to sponsor it.

Undermining the commercial interests of the data vendors is not in itself a reason not to collaborate on reference data, of course. But it is worth remembering that taking collaboration through to fruition would not be without its costs – and those costs are unknown. There are worse ways to get a nasty and difficult job done than to pay someone else to do it.

END_OF_DOCUMENT_TOKEN_TO_BE_REPLACED 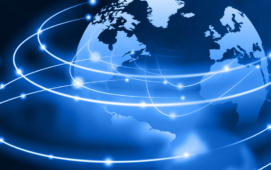