In its first acquisition since its management shakeup last year, Netik recently bagged client reporting and data distribution focused vendor CorrectNet, in a move that aims to bolster its end to end data management capabilities. John Mason, who was appointed chief operating officer of the vendor in August last year, explains that the two vendors have been discussing the move over the last six months and integration between CorrectNet’s InfiniPoint data platform and Netik’s own solutions is now underway.

Mason indicates that CorrectNet caught the eye of the data management solution vendor because it seemed as if they were both “attacking different ends of the same problem”. CorrectNet’s focus on data distribution and the downstream data functions such as client reporting therefore marries well with Netik’s data management hub solution and centralised approach. CorrectNet’s InfiniPoint platform is aimed at facilitating the aggregation, presentation and delivery of complex information to business users. To this end, Mason says there is very little overlap between the solutions provided by each firm to the market.

He highlight’s the smaller vendor’s capabilities for rapid deployment of client reporting and data distribution technology as a key feature of its appeal to Netik, which can now be added to its arsenal of data related services, once the necessary integration work has been completed. In particular, CorrectNet’s reporting as a solution (RaaS) offering sits well with Netik’s own bent towards offering the software as a service (SaaS) or managed services model to clients. Way back in 2009, Netik launched a managed services version of its Global Securities Master (GSM) solution from the component parts of the old Capco Reference Data Services (CRDS) business. CorrectNet’s RaaS therefore offers a complementary managed services approach to the downstream data distribution challenge.

As for the benefits on the other side of the coin, CorrectNet’s geographic presence has been boosted by the acquisition by Netik. Its base outside of New York meant it had largely netted North American based clients up until this point but, post-acquisition, it has been granted access to a much wider footprint. Netik has invested heavily in expansion in the Asia Pacific region and offshore capability with operations in North America, Asia, Europe, Middle East and South Africa. However, Mason notes that CorrectNet already services a fairly diverse client base, with tier one sell side organisations and smaller buy side firms both on its roster.

The next step is to integrate the vendors’ respective infrastructures and internal platforms, which Mason indicates seem to be compatible at the outset because they are both built around Microsoft technology and Java. “On a product level, there is also a focus to leverage the best out of each vendor’s platform to create synergies between the two,” he explains. The aim is to create an end to end platform that can address the complete data lifecycle from creation to delivery of that data to end users.

Netik’s recent approach has been to develop its platform as a hub around which numerous value added application programming interfaces (APIs) sit in order to enrich its offering to the market. Mason indicates that the vision is to move from the more traditional data warehousing approach to a centralised hub approach, and that has been the guiding light behind this acquisition (which, given the vendor’s focus on value adds, is likely to be the first of many).

On the operations and staffing side of things, Netik will continue to operate as a New York headquartered company with the addition of CorrectNet’s Long Island office. Robert Miller, CorrectNet’s founder and CEO, will continue to lead the CorrectNet business in the role of president of CorrectNet and Jim Mancuso, who was previously chief client officer at the smaller vendor has taken over as head of sales for Netik’s business overall.

Mason indicates that the CorrectNet branding will also be gradually subsumed into Netik’s own brand over time. “Ultimately, CorrectNet as a brand will fold into Netik, but the InfiniPoint and InterView brands will remain,” he says. “CorrectNet’s current customers will also see an increase in investment in the solutions and the addition of new data warehousing capabilities on offer, without having to approach another vendor and face an integration challenge.”

Netik’s clients, on the other hand, will also see what Mason calls “best of breed” client delivery and reporting capabilities on offer. “Where clients may have looked at separate vendors for these solutions, we can now offer them an integrated package and the benefits of scale. The whole offers much more than the sum of the parts.”

Mason adds that Netik’s exchange traded funds (ETF) focused offering, Delta One Data, will also benefit from the acquisition due to the addition of a scalable platform for the delivery of the ETF data to end clients over the internet. “This sets us apart from the competition in this space, as I know of no other firm that can provide ETF data sourcing, storage and client delivery, which can all be done in around 20 to 30 days,” he contends.

END_OF_DOCUMENT_TOKEN_TO_BE_REPLACED 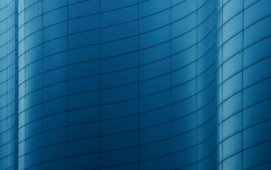 Broadridge Financial Solutions has fully automated corporate action and dividend events managed through the Euroclear CREST platform. The service includes event creation, instruction management, and payments processing and settlement, and is designed to reduce risk associated with human error and provide cost savings for clients. Members of both CREST and Broadridge Global Asset Servicing are...