Nasdaq has gone live with a version of its TotalView Itch full depth equities feed driven by FPGA technology. The feed is being directed at trading firms that are particularly latency sensitive, with no queuing during data bursts that occur at peak trading periods.

The TotalView Itch 4.1 FPGA feed is identical in format to the standard feed, which is processed and distributed using software-only code. As such, receiving applications can hook up to the FPGA feed without any modifications.

That said, because there is no queuing, messages on the FPGA feed can contain multiple price updates and so message sizes could be larger than the standard feed, up to 9,000 bytes in total. Recipients need to connect via 10G or 40G links, and should be able to handle data bursts up to 2,000 messages in a millisecond.

The FPGA feed is available only from Nasdaq’s primary Carteret, NJ data centre, and not from the exchange’s backup facility in northern Virginia. Trading firms taking the feed are likely to co-locate at the primary data centre.

A Nasdaq spokesperson confirms industry reports that the data feed was developed by in-house developers working with an unnamed development partner. The FPGA vendor has also not been named, though industry sources suggest that Altera is the supplier.

Nasdaq’s move is interesting in that it’s possibly the first instance where data feed distribution technology has been deployed leveraging FPGAs, in contrast to data feed receiving systems that increasingly use FPGAs for such tasks as message decoding, and order book building. As such, the development might be a pointer to other exchanges and liquidity venues adopting hardware acceleration technologies to boost performance, to match that of the market participants that execute via them.

END_OF_DOCUMENT_TOKEN_TO_BE_REPLACED 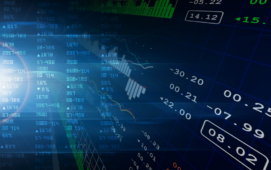