Markit | Genpact KYC Services has marked six months of operation with the appointment of former Goldman Sachs executive Jon May as CEO, the registration of more than 600 buy-side firms and corporations with its Know Your Customer (KYC) service, and the development of workflows that allow large asset managers operating thousands of funds to use the service.

The joint venture between Markit and Genpact was set up in September 2013 to develop and deliver a shared service dedicated to the management of client on-boarding and other KYC requirements. It brought together Markit’s Counterparty Manager service and Genpact’s experience of outsourcing KYC, and centralises the management of KYC data using a common standard. HSBC, Morgan Stanley, Citi and Deutsche Bank supported the initial six-month design and development project, and continue to influence the venture’s roadmap.

Since the portal to the KYC platform opened for the use of buy-side firms and corporations in May 2014, about 650 organisations representing more than 16,000 funds and entities have registered and are uploading documentation required to complete customer profiles. As well as uploading data to the platform, these buy-side firms and corporations are using the service as non-paying customers.

The vast majority of these initial users have transitioned from Markit’s Counterparty Manager service, with only a handful being new customers. Markit | Genpact says the numbers are on target and expects more users of Counterparty Manager to upgrade to the KYC service along with additional new customers. Some of these customers are expected to be large asset managers, for which the company has developed workflows that support bulk uploads of documentation to the service.

The service went live for subscribing banks in August 2014. Markit | Genpact’s four design partners have been receiving client profiles in test mode since then and one has signed a subscriber contract. The others are expected to follow suit by the end of this year and the company is targeting a total of between eight and 15 bank customers by the end of next year. By then, it also expects to have over 50,000 entity profiles on the platform.

Yasmeen Jaffer, director and head of business development at Markit | Genpact KYC Services, says: “We have made significant progress since we opened the service for buy-side firms and dealers in August, and we see a lot of momentum n the market. Looking forward, we plan to have built standards that will support all types of entities on the platform by July 2015. The service started with KYC policies covering the UK, US and Canada. We intend to add support for policies used in Hong Kong and Australia by the end of this year, and in 2015, support for Germany and other countries in Western Europe and, potentially, South Africa.”

END_OF_DOCUMENT_TOKEN_TO_BE_REPLACED 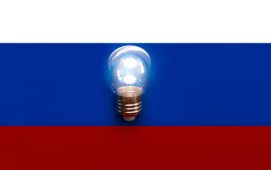