Well it had to happen eventually: the whinging by some of the financial institutions making significant write-downs that it’s the accounting standards that are to blame, not any shortcoming on their part in allowing themselves to become dangerously over-exposed to instruments they didn’t properly understand.

Accusations that “fair value” accounting standards are making the credit crunch worse by forcing banks to record losses based on what assets would reasonably worth at the current time – even if they have no intention of offloading them at that time – have rightly been rebuffed by accounting standards bodies. Changing or suspending the rules because you don’t like what they oblige you to reveal about the state of your business is hardly an honourable or indeed rational way to behave, and using anything other than a fair value measure would be, unsurprisingly, pretty “unfair” on investors.

If you hold on to an asset long enough then sure, it could be worth virtually anything, but operating on the basis of a value that might (or might not) one day be attained doesn’t really sit very well with the notion of transparency that is so en vogue at the moment. And isn’t it telling that while the application of fair value was enabling the banks to show impressive profits, these calls of its inappropriateness as a measure were nowhere to be heard? It is important not to over-simplify this issue. We can just about see the banks’ point when they say that a vicious circle is being created: liquidity dries up, so asset values plummet, which means banks post losses, which means liquidity dries up even more et cetera et cetera.

On the plus side though, fair value obligations have meant the banks haven’t been able to hang about when it comes to admitting to these losses, so while the resulting crisis has unfolded very quickly, this could mean it reaches its conclusion more quickly than might otherwise have been the case as well. The other problem of course is that if not fair value, then what? Historical value – the price that was paid for the assets when they were bought – doesn’t really cut it when values are going so heavily south, and in fact doesn’t really cut it at all for complex derivatives and structured products with so many variables to consider. And anything more subjective than a reasonable current market price – based on what management would like to think things are worth – is unlikely to go down well with those who have a vested interest in knowing what shape businesses are really in. The word from accounting bodies like the International Accounting Standards Board is that fair value is here to stay.

The IASB has released a consultation paper on measures to simplify reporting for financial instruments, in which it states that the only way to achieve the desired simplification is to apply fair value to everything – although it does recognise there will be challenges in getting to that goal and that interim practices may be needed while those issues are addressed. There’s no easy answer to the problem of whether fair value is making the credit crunch worse. One thing that is certain though is that if you are going to have to admit losses, then there’s nothing to be gained from avoiding transparency in so doing.

Whatever the value of your assets turns out to be, better to be sure that the price is accurate: enter the burgeoning range of third-party valuation solutions which formed the subject of this column last month. The fashion has been for the data vendors active in this area to embody fair value in their approaches, and there are so many to choose from now that however far liquidity shrinks, there should be one independent provider out there able to give you a price…

END_OF_DOCUMENT_TOKEN_TO_BE_REPLACED 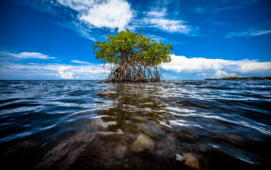