Letter to the Editor

While some may consider this as progress, it is unfortunately yet another indicator of the significant challenges the international finance industry – both financial institutions and regulators – faces in successfully addressing risk mitigation from OTC derivatives.

While the broad parameters of the G20 reform programme to increase transparency and limit excessive and opaque risk taking make complete sense and are welcomed, the reality paints a different picture:

(i) In August 2014, the International Swaps and Derivatives Association (ISDA) requested a two-year period after the publication of the full set of final rules to put margin arrangements in place. Even with this week’s announcement, the industry still does not have this full set of final rules, and we still await rules from the Hong Kong Monetary Authority, Monetary Authority of Singapore, US Securities and Exchange Commission, Japanese Financial Services Agency and Australia. If it has taken this long to define the final rules, surely it has to be understood that the implementation phase also needs time to get it right.

(ii) As it becomes increasingly apparent that regional differences in the final rules will cause market fragmentation and unintended consequences, the question has to be asked: as regulators realise the impact of unharmonised rules, will some of the published final rules become ‘pencilled final rules’ rather than ‘dry ink final rules’?

The significance of the operational changes and documentation challenges associated with margin reform are not to be underestimated. While financial institutions themselves are hardly faultless, if the industry collectively is to truly address this critical aspect of international banking it is high time for the regulators to take greater responsibility for providing clear and coordinated guidance, as well as sufficient time to implement. Getting the implementation wrong simply makes the financial system a less stable place rather than the safer haven underpinning the goal of the regulation.

END_OF_DOCUMENT_TOKEN_TO_BE_REPLACED 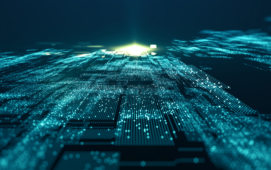