Kove, a provider of high-performance storage systems, is pitching the possibility of intra-minute risk analysis based on its memory-disk storage technology that includes highly deterministic input/output to allow data to be moved extremely quickly and central processing units (CPUs) supporting applications to run at 99% capacity.

To test the performance of its storage in a risk scenario, Kove worked with capital markets advisory firm Fultech and database specialist McObject. Fultech designed a test for portfolio exposure simulating 50,000 accounts with 3,278 positions and challenged Kove to produce a result based on a 10-year historical value at risk model in less than 10 minutes. Using four servers, the McObject eXtremeDB Financial Edition computed the required 428 billion transactions in less than 8.5 minutes on about 13.5 terabytes of data reduced to 3.5 terabytes of Kove storage.

Kove CEO John Overton, comments: “In conjunction with our partners we demonstrated greater than 65 terabytes per hour of consistent, sustained, random and deterministic performance for a risk management simulation to address the regulatory requirements of Dodd Frank and Basel III.”

Fultech managing partner Paul Constantino, adds: “These compelling results from our risk simulation are a promising first step to enabling and delivering complex intra-day and eventually real-time functionality previously not possible in the risk and analytics space. We also see great potential for use of these technologies across the trade lifecycle and plan to release new applications in coming months.”

Overton describes memory-disk storage as a game changer for capital markets, and says: “We have developed the technology that comes after flash, dynamic random access memory storage that is more deterministic and durable than flash and can run hundreds of times faster.”

Kove’s storage solutions can run alongside any database and rather than changing infrastructure they can be plugged in as appliances to existing systems. Beyond applications in risk management, Overton suggests Kove storage could be used to dramatically speed up capital markets applications such as back testing, transaction logging and matching engines. He says a system crash can be recovered thousands of times faster than with other technologies, virtual desktop infrastructure can be booted up in less than a second and that the storage could be used within a Hadoop computing environment. On the issue of competition, Overton notes a business unit within IBM as closest to its capability, and on cost he says Kove can, in many cases, match the price of flash storage and often deliver lower cost of ownership as applications can be supported by less CPUs running at greater capacity.

Overton says financial firms are predominantly using the company’s technology to speed up vendor or proprietary databases, but expects them to move on to use the storage for applications such as risk. He concludes: “This is a whole new game. We could scale to achieve intra-minute risk. The challenge we have is helping people realise they are no longer constrained by storage.”

END_OF_DOCUMENT_TOKEN_TO_BE_REPLACED 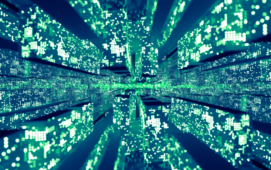