Start-up data and analytics firm Knowsis is working with an initial five clients to incorporate its social media sentiment data into their trading strategies. The company declines to name the clients, but says one will go live imminently with strategies built around signals from Knowsis data, while others are considering how to add sentiment data as an additional parameter to their strategies.

London-based Knowsis was formed as a private company in January 2012 with seed investment from Method Investment and Advisory, a funds and quant trading house that Knowsis can also work with to develop and check its concepts. Knowsis’ founder and CEO Oli Freeling-Wilkinson is joined by chief technology officer Mark Unsworth, a technologist and developer most recently working with online music company 7digital, and two further employees.

The company was conceived by Wilkinson in 2010, when there was little financial market recognition of the potential of social media, but he says the question now is no longer whether social media is important, but how to use it. He adds: “Any quantitative trader, hedge fund or risk manager should be interested in data that is proven to help make decisions and money.”

Knowsis’ methodology is based on one overarching question: will sentiment make a difference to asset prices? With this in mind, its analysis identifies underlying behavioural trends rather than supporting a ‘trade by tweet’ approach.

The company initially considered using third-party sentiment data systems that are frequently used by large consumer brands to support its service, but found these lacked financial relevance. Instead, it has built technology from the ground up to mine, manage and analyse vast quantities of data produced by social media. It uses scrapers and similar technologies to gather data and filters Twitter’s 400 million daily tweets using in-house built algorithms that identify about 1% of these tweets as having financial relevance. It also looks at Facebook, but only to a limited extent as it is a closed system, and scans further blogs and forums that it chooses not to name as it fears malicious activity could skew results. The platform is data agnostic, meaning any social media source could be used to feed the algos and it also includes a machine learning element.

Once data is collected, a sentiment analysis tool is used to aggregate underlying behaviour around an asset and the asset is given a number on the scale of -100 (bearish) to +100 (bullish). A list of securities, predominantly macro assets and some stocks, and their sentiment scores is then made available to users via an application programming interface that is updated in real time, although Knowsis notes the volatility of intra-day conversation and prefers to promote end-of-day aggregated sentiment data that can be validated and checked for false or misleading information.

The company is working across financial markets and includes high frequency, low latency traders that pick up signals in real time, but its drive is towards understanding rather than speed. Wilkinson explains: “Knowsis is not about ultra low latency delivery, but about longer term underlying behaviour trends. The aim is for end-of-day data to be used to project how certain asset classes may behave during the next week.”

With five clients in its portfolio and R&D ongoing, Knowsis’ next plan is a sales push and a search for specialist market data partners that can distribute its social media sentiment data on a global scale.

END_OF_DOCUMENT_TOKEN_TO_BE_REPLACED 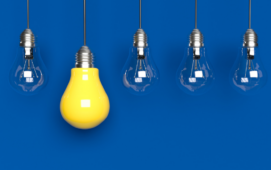 Excitement is mounting in anticipation of next week’s announcement of the winners of A-Team Group’s Innovation Awards 2022. The awards, now in their second year, celebrate innovative projects and teams across vendor and practitioner communities that make use of new and emerging technologies to deliver high-value solutions for financial institutions in capital markets. This year’s...