At Itiviti, Middleditch will report to CEO Rob Mackay and become a member of the company’s executive management team. Her role includes defining the product department’s vision and overseeing product strategy and execution, including design, development and marketing. She will also support the migration of clients using the Bloomberg SSEOMS service, which will be withdrawn in April 2021, to Itiviti’s multi-asset OMS.

Considering Itiviti’s strategy to increase its capabilities to onboard former SSEOMS users, Mackay says Middleditch’s relevant experience and resumé make her the ideal candidate for the position as Itiviti’s chief product officer.

Middleditch joins former Bloomberg regional manager and head of sales and services with responsibility for SSEOMS in Asia Pacific, Frederic Villain, at Itiviti. Villain joined the company in May as head of agency trading sales Asia and will support client migration to Itiviti’s OMS and lead the company’s client relations, sales and account management strategies in the region.

END_OF_DOCUMENT_TOKEN_TO_BE_REPLACED 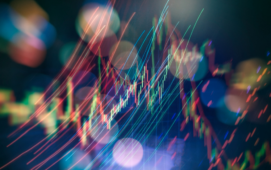