Smaller asset managers and funds may have a harder time than their larger counterparts with preparing to follow a variation margin protocol that takes effect on March 1, according to an attorney specializing in derivatives markets standards.

The protocol issued by the International Swaps and Derivatives Association (ISDA) in August 2016 sets rules for contract documentation with multiple counterparties and changes to existing collateral agreements.

“Larger asset managers and funds will have an easier time communicating between the dealers to get agreements in place,” says Kristin Boggiano, a managing partner at Guggenheim Partners Investment Management, who spoke at the SEFCON event hosted by the Wholesale Markets Brokers’ Association on January 18. “My concern is more that the smaller entities may not get the first call.”

The administrative burden for compliance with ISDA’s variation margin protocol is a “serious concern,” with March 1 being less than 30 business days away, adds Boggiano. “Most entities are not using a common standard approach,” she says. “This means they have to do bilateral negotiations. If each fund has 15 dealers, they have to negotiate with each of those dealers based on their individual profiles.”

More generally, a concern for swap execution facilities (SEFs, as in the title of the SEFCON event), is missing out on liquidity providers or market makers that cannot interact because of protocol issues, says Michael O’Brien, vice president and global head of trading, Eaton Vance. As a result, there is a need for new trading protocols, according to O’Brien.

Such protocols or “innovations in the trading landscape will allow buy-side firms to be price makers as well as price takers,” he says.

END_OF_DOCUMENT_TOKEN_TO_BE_REPLACED 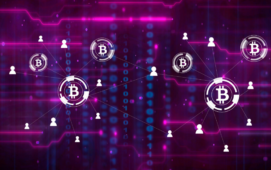