The International Organisation of Securities Commissions (IOSCO) and the Bank for International Settlements’ (BIS) Committee on Payment and Settlement Systems (CPSS) received 32 responses on the subject of data reporting, standards and aggregation for the OTC derivatives markets to its consultation. Following my summary of the first 16 responses earlier this week, here are the final 16.

Much like its response to the Office of Financial Research (OFR) consultation on a legal entity identifier (LEI) earlier this year, the standards body promotes its own capabilities and its Global Data Synchronisation Network (GDSN) as a contender in the LEI provision space. It champions its experience in the retail environment as the UPC barcode provider as a potential (federated) model for the financial services industry to either learn from or replicate.

The IMF staff from its Monetary and Capital Markets department support the concept of centralised OTC derivatives data, but stress that this data should also be made available to bodies such as the IMF.

Given its efforts to help establish a new classification system for derivatives instruments and its involvement in the LEI initiative, ISDA’s feedback to IOSCO and CPSS is unsurprising in its focus on the work that has gone on to this end and using standards such as FpML as a starting point. On the subject of data repositories, however, it cautions the potentially high cost of a fragmented data infrastructure via the introduction of too many of these new bodies and recommends a “rigorous cost/benefit analysis” be conducted. Much like other respondents, it also champions a phased approach and regulatory grounding for this work in a global context. It suggests that a single “counterparty exposure repository” should be built to provide an aggregated view of counterparty risk for regulators rather than requiring the reporting and storage of valuation data or current exposure information on a transaction level.

The ISO technical committee, which has been working on the LEI initiative in cooperation with a range of industry associations, Swift and DTCC, indicates that the ISO 17442 standard is “expected to be ready for use” early next year.

JBA raises a number of concerns about the “extremely large number of practical issues” of introducing LEIs such as IT investments and changing of procedures. As a result it asks regulators to consider a “certain degree of discretion” regarding the implementation timelines, thus allowing those that have the most work to do enough time, and for the standard to be limited initially to derivatives markets. It stresses the need for “fair and transparent” governance for the LEI issuing body and for a high degree of data confidentiality and security. On the repository front, it asks for further discussions to be conducted around an impact assessment of reporting requirements.

JSDA asks for the regulatory community to look to the work of ISDA and the Bank for International Settlements (BIS) in the derivatives markets with regards to standardisation. Much like JBA, it suggests that the LEI initiative should initially begin with the derivatives markets and that a phased global approach should be adopted.

The derivatives data specialist vendor champions its capabilities in helping to fill the data gaps for the OTC market and suggests that “counterparty marks” be used for this purpose to fill the valuation data gap. It suggests a phased, inclusive approach for an LEI and “easy to use mechanisms” for registration such as a user friendly website.

Canadian academic Prefontaine supports the IOSCO/CPSS proposals and suggests that the data could be of benefit to researchers studying the financial services community. His belief is that rather than keeping this data in the regulatory domain: “further intense public dissemination of data would stimulate more fundamental and applied research on OTC markets and OTC products in general.” A proposal that is unlikely to go down well with those seeking to keep this data private.

The European trade repository, which is a joint initiative by Bolsas y Mercados Españoles (BME) and Clearstream Banking that was launched in December last year, highlights its own capabilities as a data repository for the OTC derivatives markets, including a timeline for when it will be able to deal with certain asset classes. Regis-TR suggests that a lifecycle approach to recording OTC derivatives data is preferable to a snapshot approach and indicates that valuation data challenges can be overcome if the repositories provide independent valuation services. Unsurprisingly, the repository defends the notion of the existence of multiple data repositories: “we expect several types of trade repositories acting in different market spaces, and freely competing based on their core services but also on their added value services which are ancillary to the basic trade repository.” On the LEI front, it suggests a similar model of competing regional LEI providers rather than “centralised, monopolistic solutions.”

Much like the ISO working group, the trade association highlights the work it has already been engaged in with regards to the development of the ISO 17442 LEI standard and champions its proposals in this regard, including the DTCC/Swift/ANNA operational model for a utility.

The central bank makes a number of conceptual (rather than practical) assessments, noting that some of the proposals may be “over-ambitious.” On that note, it says: “Risk assessment requires complete information across markets, jurisdictions and asset classes, which may not be practical. At best, it would take a very long time to develop. Information is also likely to be incomplete, which would make any systemic risk assessment less reliable.” It also suggests that the regulatory community should look to bodies such as ISDA for guidance.

The industry network operator reiterates its potential within the LEI space as the issuer of the new ISO 17442 standard as proposed by the Sifma led industry group. It also says that it is “ready to assist industry led initiatives” in the product classification space, noting the ISDA work as one such example. On reporting to repositories, it suggests that industry standard formats should be used such as ISO 20022 messaging standards.

The post-trade infrastructure provider highlights its main point of concern within the proposals as: “one critical area not sufficiently addressed is non-discriminatory access rights to repository data (access to repository data fairly, cost efficiently, expediently and on equivalent terms). It is essential that such rights are established in the final report to maintain a fair, secure and efficient post-trade services market.” It suggests that non-discriminatory access should be provided for this data to allow for third party service providers to be on a level playing field with these repositories with regards to provision of added value services.

WFE suggests that more public discussion about the practicalities of monitoring these markets is needed, including whether there should be multiple repositories and how data aggregation will be conducted. On the LEI, it raises governance concerns about the potential issuing body or bodies. It also notes that any efforts to standardise data on the instrument side should be conducted carefully and with the industry experts on the subject.

Writing from his own perspective (rather than his employer’s), Li suggests that IOSCO and CPSS should examine the Financial Competitive Regime (FCR) in China as a potential model for ensuring fair access to data and a level playing field.

END_OF_DOCUMENT_TOKEN_TO_BE_REPLACED 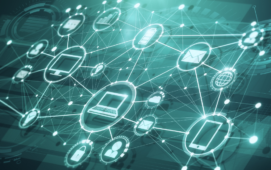