Marcus Treacher, head of e-commerce and client experience for HSBC’s Global Transaction Banking division, is a key supporter of Swift’s ambitions in the securities space and reckons its experience of ISO standards in other areas of its business will be beneficial in its role as the potential issuer of a new legal entity identification standard. Treacher, who has been on the Swift board of directors since last year, talks to Reference Data Review about its viability as a securities data infrastructure provider.

As a bit of background on Swift’s place in the entity identification space, an industry selection committee has determined that Swift and the Depository Trust and Clearing Corporation (DTCC) should act as partners in the issuance and the adoption of the draft ISO 17442 standard. However, before the US Treasury’s Office of Financial Research (OFR) makes a final ruling on the subject, it is seeking to prove that there is truly international support for the standard and the proposed support structure.

Swift is also partnering with the DTCC in other key reference data related areas such as corporate actions standards and in the push to establish an FX data repository.

Over the course of the year, Swift has been making some significant plays in the market infrastructure space in the securities market, where do you think it is ideally suited to play a role in this space?

I think Swift is a proven and extremely effective market intermediary, and as such has great potential as a provider of messaging services across the full range of the securities industry. There are still many elements of the securities lifecycle that are manual and not interconnected, such as corporate actions and collateral management, where Swift could play a central role with great effect.

What is your perception of Swift and DTCC’s plan to establish a new FX trade data repository? Is it the right organisation to do the job?

Yes, Swift is a good choice for this initiative, in partnership with DTCC. It demonstrates Swift’s viability across all asset classes and its ability to partner with major market infrastructure providers in innovative ways. It provides a highly secure, extremely robust service supported by expert technical and strategic management, with a highly stable and transparent governance structure. These attributes are extremely compelling for organisations seeking a long term infrastructure provider.

Should it look at other markets in terms of establishing a data repository?

The beauty of Swift is its global construct: its governance, its network, its standards activities and its innovation and development. This positions Swift very well to re-apply solutions that are successful in a particular geography to new geographies, and similarly for solutions that work in one financial sector to another. A good example of this is Swift’s ‘go local’ strategy which applies Swift’s capabilities to support in-country clearing networks that can then be repeated in several markets, or its SwiftNet Lite low cost access offering that is proving viable among asset managers as well as smaller multi-banked corporates (see early coverage of the launch of Lite back in 2008).

With regards to its bid to work with the DTCC on legal entity identification (LEI), are you confident that it is the right market player to achieve this? Why?

Yes. Swift, with its history of setting and managing global financial message standards, is well placed to deliver the LEI. Its value-add lies in its ‘globality’, extensive community network reaching across several industries and hundreds of countries, its know-how in standards development and management (Swift is already a seasoned ISO administrator), its governance structure for the industry by the industry on a collaborative not for profit basis, and its willingness to partner and collaborate with other market infrastructure providers. These strengths will be critical in delivering the LEI, which needs to be a global standard across jurisdictions and market segments.

In acting as the LEI issuer, where will it face its greatest challenges and how should it approach these?

The registration process will be one of the biggest challenges. Swift should approach this with appropriate backing from the world’s regulatory bodies. Without a mandate, there will be a risk that critical mass will not be met.

In the wider reference data space, where else should Swift focus its energies (issuer IDs, securities IDs, SSIs etc)?

Swift has stated in their 2015 strategy that reference data is an important area for them. They are currently focusing on SSIs and I’m sure that, after further consultation with the industry, there will be other areas that Swift will also consider.

Swift continues to push on with its corporate actions focused joint project with DTCC regarding XBRL/ ISO 20022, do you think they’ve done a good job so far in articulating the benefits of this project?

Is XBRL the right direction to move in? Why?

Yes it is. XBRL is now a proven and mature technology. By the end of 2011, all US corporations will have filed their company accounts using XBRL. The standard also has significant traction in other major markets worldwide. It provides the ability to extract structured information from free format business communications, enabling market participants to automatically derive information from market publications, such as corporate action particulars. XBRL is an open standard, managed on a not for profit basis.

The ultimate solution would be to structure securities information at inception/IPO, so that the instrument comes onto the market with a structured (for example XML ISO 20022) labelling, enabling ongoing information to be disseminated in a structured format. Such an environment would take a considerable shift in market practice to become a reality, so for the near and mid-term at least, XBRL has a major role to play.

Will ISO 20022 succeed in gaining significant market traction (and achieve what ISO 15022 failed to do)? Why? What needs to happen to achieve this?

Yes. ISO 20022 is a much broader standard design than ISO 15022, and uses the XML approach that is proving so successful to abstract the standard itself from implementations of the standard. This gives ISO 20022 more flexibility, and also greater capacity to carry commercial data pertaining to securities transactions. The ISO 20022 has been quite slow in its adoption, although there have been some initial successes in the funds space.

Swift seems to be treading on the toes of Omgeo in certain spaces – SSIs and matching being two such examples – does it have a place in these spaces? What impact is it likely to have on the Omgeo solutions already in place?

Swift has had some notable successes with its securities matching product PBEB, which was designed with the industry to respond directly to an industry need and implemented very quickly. This work was well received by the industry. Swift is also looking at other trade confirmation areas in response to industry demand for more cost effective and reliable solutions.

In terms of SwiftNet direct participation, Swift still struggles to gain traction in the buy side/asset management sector – in spite of low cost options on offer – why do you think this is? What advice would you give to Swift in getting more on board (this could be to ‘give up’ – if you don’t think they can achieve it)?

Providing access to low volume users is a growing challenge for Swift, and is also a mark of the organisations’ success in the higher end of the market. Getting this right is very important, both for the asset management sector and for mid-size and small size corporate access to the network. Swift has released low cost propositions for network connectivity, but as yet has not managed to deliver its network to small use clients in a simple to use, ‘point and click’ way. Swift integration to software providers and bureau providers, who can create the online screen experience that sits in front of Swift messaging, is a promising way forward. Meanwhile, Swift continues to work on simplifying access for low volume users, and no, I do not see Swift giving up in this endeavour.

More generally, do you feel that Swift is becoming more commercially aware/ aggressive in its approach to the securities market? If so, where are the dangers in this approach?

Yes, Swift has become more commercially aware and has seen much change for the better under the leadership of Lazaro Campos. A good example of this is the efficiency programme Lazaro led at Swift, which has given over €90 million back to the industry in operational savings. Another example is the recent acquisition of interface provider Arkelis.

Swift has done a good job in the securities market. Securities now make up more than 50% of Swift’s worldwide messaging traffic. Because Swift is an industry owned, not for profit co-operative, there is little danger of its greater commercial focus creating a problem for the industry. As they stated in their 2015 strategy, Swift has a primary focus on driving down costs and reducing the total cost of ownership. One example is a 50% reduction in average message price over a five year period – achieved one year ahead of plan.

END_OF_DOCUMENT_TOKEN_TO_BE_REPLACED 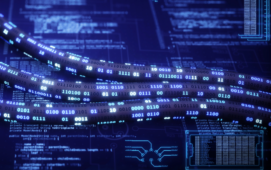