Hardware Acceleration – A Roundup and Update with Nomura, Burstream and Fiberblaze

What’s been happening in the world of hardware acceleration of late? Despite a couple of killjoys on LinkedIn who reckon it’s still unproven technology, the answer is – quite a lot.

It was good to get an update from the coalface a couple of weeks ago at our London Low-Latency Summit. There, I chatted to Nomura’s Ben Stephens, who sells HFT and electronic trading services for the investment bank.

Stephens reckons that using FPGAs – and avoiding the I/O data bottlenecks between network and main CPU – saves NXT between 10 to 50 microseconds in overall latency. It also allows for very deterministic latency – i.e. minimal jitter – which is “really important” for customers running arbitrage trading.

Recent news includes a new managed service from Burstream, which began offering Nasdaq market data using FPGA-based data feed appliances from NovaSparks. Latencies of less than a microsecond – even at peak periods – are being observed.

Then the name Fiberblaze cropped up. A Danish company that builds FPGA-based network cards. Ullink has started to use them in its pre-trade risk offering, presumably offloading checks on to the card.

Also on our radar: Celoxica, with an offering for HFT Futures, and Redline Trading Solutions, which is making Goldman Sachs’ Sigma X dark pool zip along. Unlike many others in the hardware acceleration space, Redline uses Cell processors instead of FPGAs.

END_OF_DOCUMENT_TOKEN_TO_BE_REPLACED 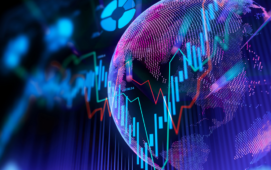 Retail trading in financial markets has enjoyed remarkable growth in recent years. Retail investors were estimated to account for between one-quarter and one-third of all trading in US equities in 2021. Among the enablers of this Retail Revolution has been the ubiquity of digital trading apps and zero-commission accounts. This has been aided by easier...